Jake Paul has a new opponent for his fight on Aug. 6.

The YouTuber-turned-prizefighter will square off against Hasim Rahman, Jr., Paul announced on his social media platforms.

The eight-round cruiserweight bout will take place at Madison Square Garden in New York City and will air live on Showtime PPV. In the co-feature, Amanda Serrano, who lost by split decision to undisputed lightweight champion Katie Taylor on April 30 at Madison Square Garden, will face Argentina’s Brenda Carbajal in a 10-round bout.

Paul (5-0, 4 knockouts), who is originally from Cleveland, Ohio, has claimed in previous interviews he has wanted to face tougher opposition. He believes Rahman is more dangerous and a more legitimate fighter than Fury.

The 25-year-old was originally scheduled to face Tommy Fury, a reality star who became a prizefighter, but the fight fell through after Fury was denied entry into the United States over a week ago. Fury, the younger half-brother of Ring Magazine heavyweight champion Tyson Fury, claimed he was not able to board a flight from London’s Heathrow Airport to New York City to attend the press conference to officially announce the fight. 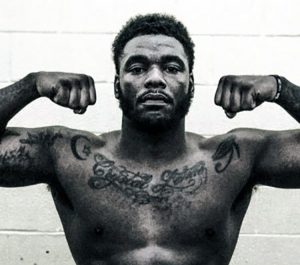 Both were scheduled to fight on December 18, but Fury pulled out of the fight due to a reported injury. Paul ended up facing Tyron Woodley in a rematch of their August 29 bout, which Paul won by split decision. In their December 18 clash, Paul scored a spectacular one-punch knockout win.

Paul and Rahman, Jr. are familiar with one another as they have sparred against each other in recent years.

Rahman (12-1, 6 KOs), who resides in Baltimore, Maryland, faced James McKenzie Morrison, son of former WBO world heavyweight titleholder Tommy Morrison, in a clash of unbeaten heavyweights on April 29, but was stopped in the fifth round.

The 31-year-old had faced limited opposition on club shows in the United States and Mexico. Prior to the loss on April 29, Rahman had only faced three opponents with winning records. He had stopped two of his three previous opponents.

The card will be co-produced by Most Valuable Promotions (MVP), a company founded by Paul and Nakisa Bidarian. Holden Boxing will be the licensed promoter of the card.