On this day: Nonito Donaire arrives, scores Knockout of the Year over Vic Darchinyan 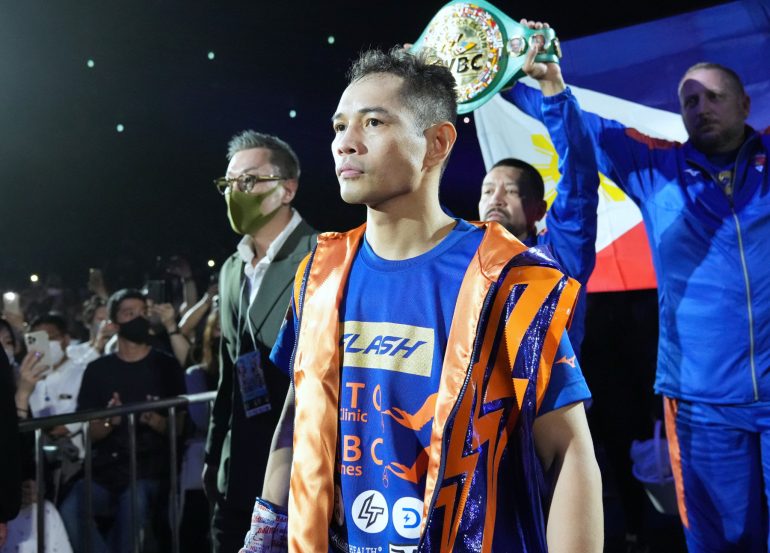 Photo by Naoki Fukuda
07
Jul
by The Ring

It was the left hook from hell.

On July 7, 2007, Nonito Donaire scored his first career-defining triumph and won the first of many world championships when he blasted out pre-fight favorite Vic Darchinyan to capture the IBF flyweight title. The official time was 1:38.

The fight was competitive going into the fifth round with perhaps a slight edge to Donaire. However, the knockout was a stunner. Southpaw Darchinyan left his right jab hanging in the air for much longer than would be advisable when facing a sharp-shooter of Donaire’s undeniable quality. Quick as a flash, a Filipino Flash, the challenger released a pulverizing left hook counter that knocked the Armenian-born fighter senseless.

The result was officially ruled a TKO because the count was waved off as a stricken Darchinyan gamely tried to find his feet. But this was as decisive a finish as you could ever hope to see. The Ring awarded Donaire the Knockout of the Year, as well as Upset of the Year.

“[Darchinyan] walked into the press conference with this Australian helmet and said even with me wearing a helmet I was going to get destroyed,” Donaire told The Ring years later. “To me, from that point, I just turned on the switch and wanted to hurt this guy. When I came to the ring, all I could think about was hurting him, and that took some of the pressure off me winning the belt.

“In the moment when I knocked him down, I still wanted to destroy this guy. I wanted him to get up so I could knock him down again. When I realized that I’d knocked him out, it was such a release and I just jumped around like a crazed madman. ‘Oh my God, I’m world champion.’”