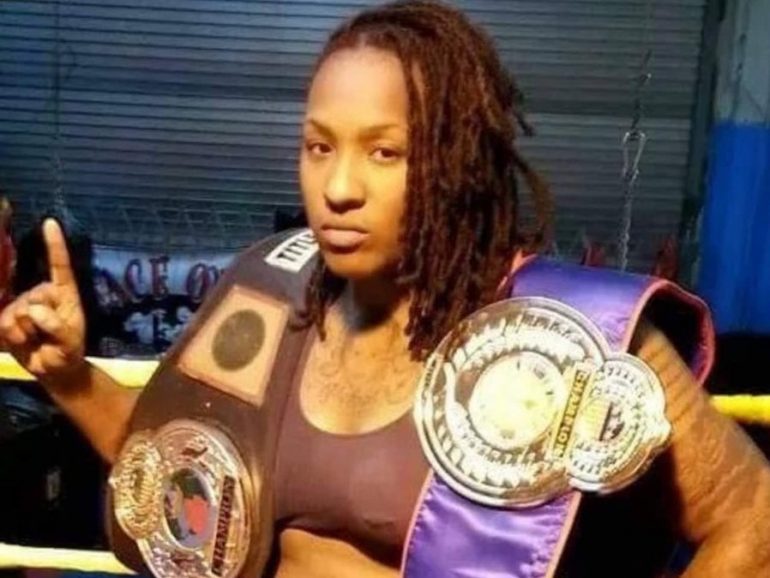 In a week in which the world of women’s boxing is centering its complete attention on the upcoming Shields-Marshall and Mayer-Baumgardner doubleheader ahead, one particular fight was enough to shake up a usually dormant division.

Former standout basketball player Shadasia Green travelled to Colombia to score a third-round technical knockout win over local product Celia Rosa Sierra. And even though Rosa Sierra is not exactly championship material, the combination of Green’s stoppage victory with current No. 3 Ema Kozin’s level of inactivity at the weight conspired to force a series of movements in the super middleweight top five.

Thus, Kozin (also rated at middleweight) was dropped from the ratings, and Green climbed to No. 3. Germany’s Janina Neumann followed her and improved to No. 4, leaving No. 5 open for Raquel Miller to come in.

“Shadasia Green was a McDonald’s All-American nominee as a high school basketball player and played Division I basketball for Old Dominion University starting all 33 games during her junior season (2009-10),” said columnist Mark Jones, providing some context on the fighter. “As a professional boxer, she appears fundamentally sound, and possesses considerable power. She’ll get tested when she fights for a title. which should happen soon, as she’s ranked No. 1 by the WBC and No. 3 by both the WBA and IBF.”

Podcast host and columnist Michael Montero provided further context by stating that “Green hasn’t faced any real opposition as a pro yet.  But, as mentioned, the super middleweight divisoin is incredibly weak.  Either way, one thing I like about Green’s resume is that she’s well-travelled, having fought 7 of her 10 bouts outside the USA.”

As for Miller, she remains a question mark as far as her ability to hang with the toughest women out there, but we will soon find out if this new Ring rating motivates her to face the best fighters above 160 and finally earn a name for herself.

“She has a fight scheduled next month, against the ever-tough TBA at a yet-to-be-specified weight,” quipped Jones, while Beautiful Brawler’s Lupi Gutierrez-Beagle said that “maybe bringing Miller in at No. 5 will get her to fight somebody worthy like Hammer or Cornejo. Otherwise, we’re just filling the spot.”