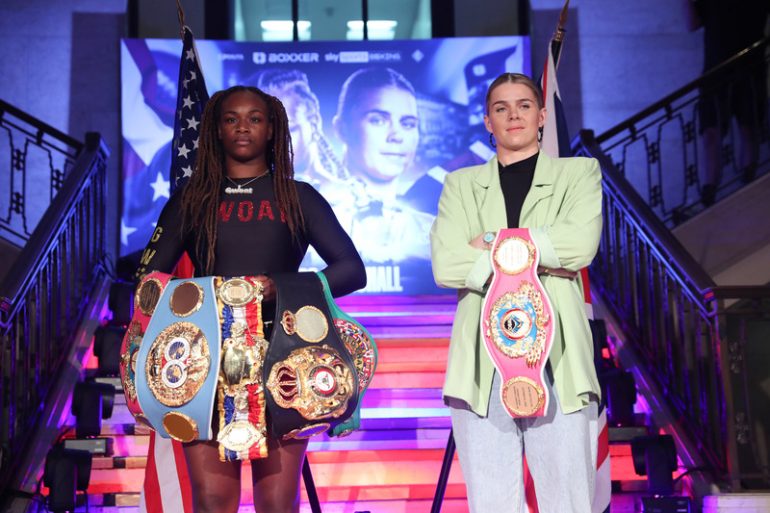 The buildup to this one will be eventful.

Red-hot rivals Claressa Shields and Savannah Marshall met the press in London on Tuesday to officially announced their undisputed middleweight showdown which will take place at the O2 Arena on September 10.

Shields, who holds Ring, IBF, WBA and WBC titles at 160 pounds, is coming off a shutout 10-round unanimous decision over the previously unbeaten Ema Kozin in February.

The 27-year-old double-Olympic champion from Flint, Michigan, is motivated by revenge against her fellow titleholder. A decade ago, Marshall became the only fighter to defeat Shields – amateur or pro – when she claimed a points decision over her in an AIBA tournament held in China.

“Savannah Marshall got lucky in 2012, she won’t get lucky in 2022,” said Shields, who made history by capturing undisputed championships at 154 and 160 pounds, as well as a brace of titles at 168. “I don’t hate nobody, but I really do have a huge dislike for her.

“They’re saying she’s a big knockout puncher, she’s the only blemish on my record, as an amateur, and she has the recipe to beat me. My job is to show everybody in the world that’s he doesn’t. I don’t reign supreme for no reason at three different weight classes.

“It’s going to be an exciting fight early, but I can knock Savannah Marshall out in rounds eight, nine or 10.” 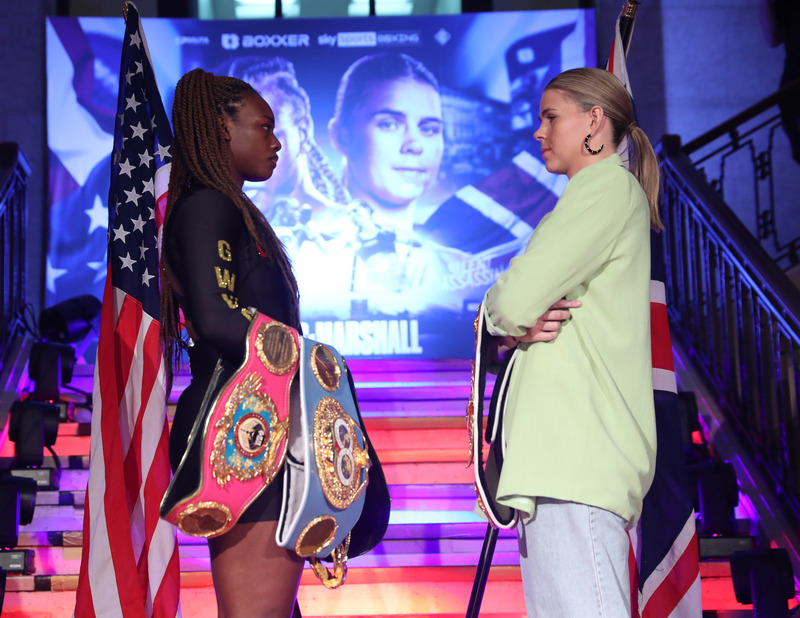 Marshall, who is rated No. 1 by The Ring at middleweight, last seen action in April, when she scored an explosive third-round knockout over Belgium’s Femke Hermans.

The unbeaten knockout artist from Hartlepool, England, has always been convinced that her power is perfect foil for Shields rapid-fire assaults.

“This fight has been a long time coming, but we’re here now,” said the 31-year-old Marshall, who has made three defenses of the title she won by stopping Scotland’s Hannah Rankin in October 2020.

“I’m a fan of Claressa Shields. What she’s done for the sport is amazing, she’s a pioneer for the sport. But the reality is she doesn’t beat me. She didn’t before and she won’t again. That’s what it is and it kills her. It absolutely burns inside.

“I win this fight through heart and my boxing brain. On September 10 I will be the undisputed middleweight champion of the world and that will be the end of all this GWOAT rubbish.”

The pair traded barbs throughout the press conference with Marshall mocking Shields for what she perceives to be a lack of power. The American responded by downplaying her opponent’s resume and lack of accomplishments.

“This is a landmark moment for women’s boxing,” said head of boxing development for Sky Sports. “Two elite, unbeaten champions colliding for the undisputed middleweight title.”