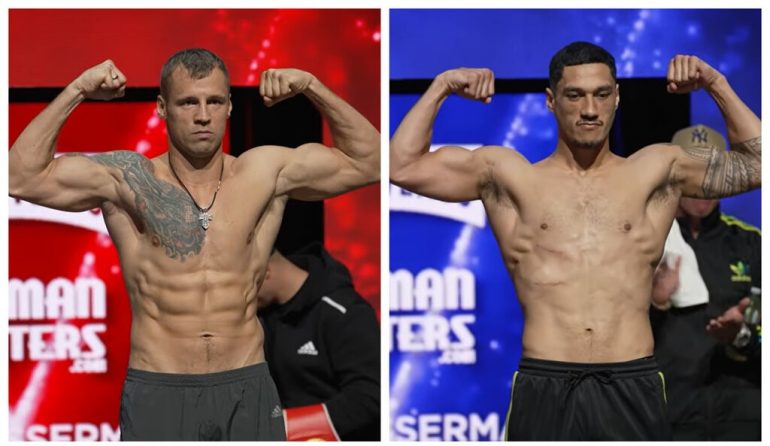 Both fighters looked spectacular on the scales ahead of Saturday’s Ring and IBF cruiserweight title fight.

Defending champion Mairis Briedis, 37, came in at 199.1 pounds for what will be the second defense of the titles he won by outpointing Yuniel Dorticos in September 2020. The Latvian boxer puncher is coming off a third-round stoppage of Artur Mann last October.

“This is a special fight in Australia – it’s most important,” Briedis (28-1, 20 KOs) said after making weight. “We’ll see [what happens] tomorrow because it’s a secret.”

The Australian challenger, Opetaia, was comfortably inside the division limit at 198.4 pounds. He’s never mixed at this level, but he’s an unbeaten power-puncher with a 21-0 (17 KOs) record and he’s a lefty. The former Olympian appears extremely confident of victory and has an entire country in his corner.

“One more sleep and we get it done.”

The IBF Cruiserweight World Championship clash between Mairis Briedis and Jai Opetaia is available to watch live on ESPN + in the U.S. and FITE in other territories.