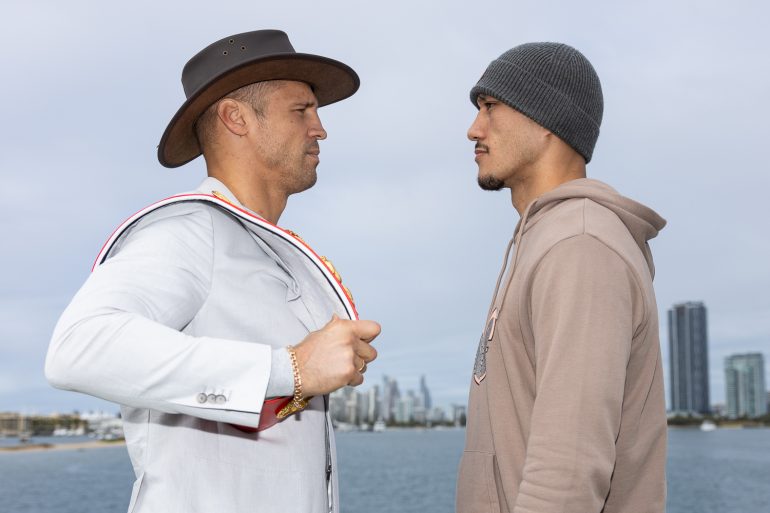 It was an introduction befitting of a champion as IBF Cruiserweight king Mairis Briedis (28-1, 20 KOs) was welcomed to Thursday’s press conference, as the champion spoke ahead of his title clash with undefeated Jai Opetaia (21-0, 17 KOs) at the Gold Coast Convention Centre in Australia on Saturday.

Described as “the best Cruiserweight in the world”, Briedis has had to wait a little longer than expected to fight with Opetaia due to issues with COVID-19. Following on from the virus, an injury and further surgery meant the Latvian champion had to suffer further pushbacks on the fight date.

However, it seemed to be business as usual for the champion as the relaxed spirit of the IBF champion Briedis was clear for all to see. Sporting a ‘Crocodile Dundee’ hat, he started off by playfully commenting on the two promoters backing of their own fighters during the press conference.

The attentions of the champion quickly turned to his opponent, and after acknowledging the attributes of the Australian, Briedis made it clear that he just needs to do his thing and all will be well come Saturday.

“What I’ve seen on the tapes of Jai, he’s got good technique. He’s flexible, has good speed, and he’ll be happy fighting in his home country. What you see on tape is very different to what you see in the ring,” said Briedis.

“The most important thing for me is to enjoy this fight. I like being in fights that boxing fans find interesting and exciting, it’s for them and we’ll be doing our best in the ring.” 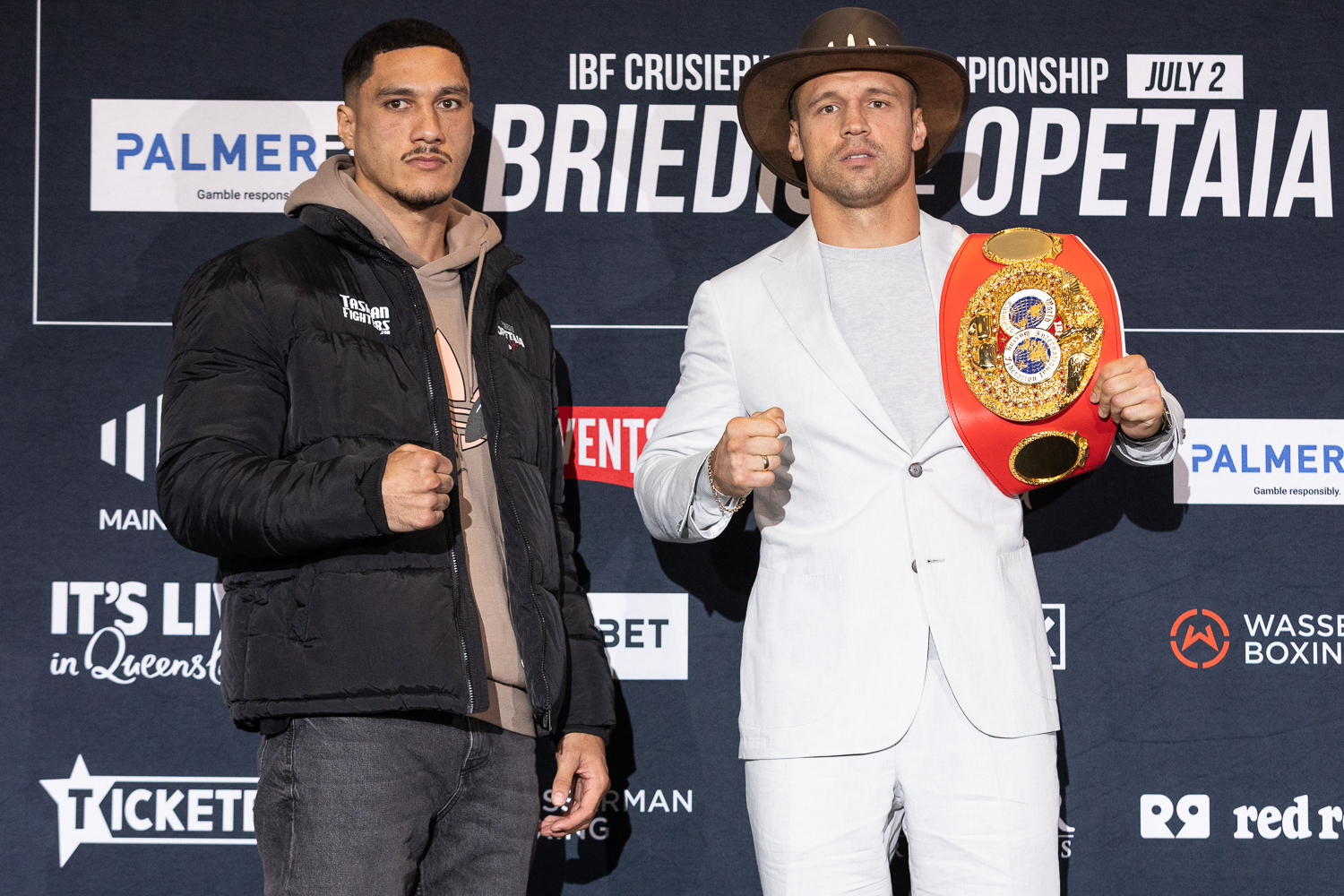 Addressing the comments made about the potential battle this fight could become, Briedis opted to quote the legendary Mike Tyson to make his opinions clear.

“He’s predicted this will be a war, but I don’t know how I will feel in the ring or how he will feel in the ring,” he said. “As Mike Tyson said, ‘All the plans change after one punch to the head’. There’s going to be a feeling out process after some dancing and punching. I wish him all the best.”

Opetaia is heading into this fight as the underdog according to betting odds, but he cannot be underestimated as the undefeated fighter. Ready to try and seize his moment, he feels this is his unveiling as the new face of the division.

“I’ve been waiting a long time for this opportunity, I can’t wait and I feel ready. I know he’s a great fighter, but I’m a new generation of great coming through. Everything he’s done, that’s all in the past now. It’s my time.”

“I know this is a big step up from my past competition,” continued Opetaia. “My last fights I blew them out of the water, I was levels above, and I’m ready to become a world champion”

Wasserman Head of Global Boxing, Kalle Sauerland, sat alongside IBF Cruiserweight king Briedis to support his fighter. With a relationship that stems back many years, Sauerland spoke of the levels to this game and why all his confidence lies with his fighter to reign supreme over Opetaia and the rest of the Cruiserweight division.

“His belly is still very much empty and he’s raring to go, he could have quite easily stopped after winning the Muhammad Ali trophy. He signed a new deal to extend his career and he’s here to take care of business, then we’ll go off and unify again,” said Sauerland.

“He won the WBSS (World Boxing Super Series) the second time round after losing an epic fight against Oleksandr Usyk; a fight which people still contest the winner to this day. If you want to talk about pedigree, this is a guy who is a three-time world champion. Not once, not twice; but three times.”

He continued, “Jay (Opetaia) is taking a step up on Saturday night, and to give him and his team credit they’re doing it against the best of the Cruiserweight champions out there. This is someone The Ring magazine recognise as the best in the division. They’ll be asking themselves the night before the fight whether they’ve been at this level before and if they’ve had their chins checked – Mairis certainly has. I can’t wait for Saturday, it’s going to be an unbelievable fight, and this will certainly not be going the full 12 rounds.”

With both fighters now fully fit and raring to go, Promoter Dean Lonergan was equally full of anticipation and excitement ahead of this IBF Cruiserweight title fight.

“This will be one of the all-time great fights we see here in Australia, with two guys who do not want to take a backwards step,” said Longergan. “I think it’ll be an all-out war. I think you’re going to see a lot of blood, a lot of gore. And you’re going to see some amazing boxing skills; it’ll be something special.”