On this day: Muhammad Ali puts the lights out on Jerry Quarry’s Las Vegas dream 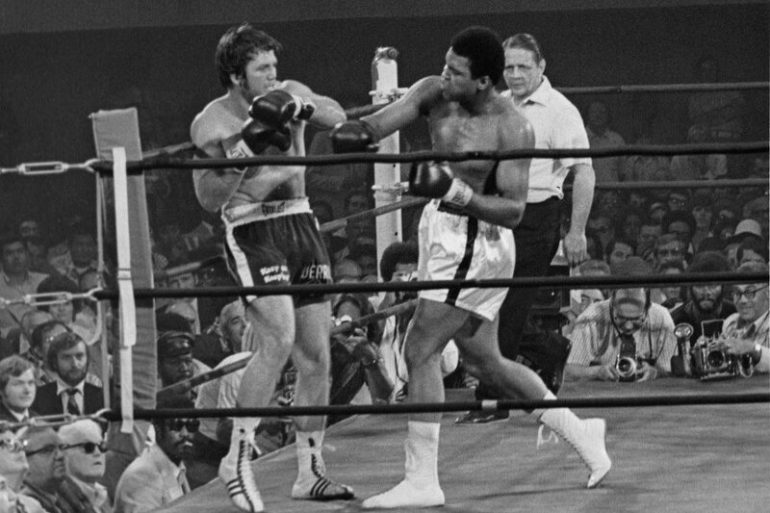 Photo by The Ring/ Getty Images
27
Jun
by The Ring

A very underrated performance by “The Greatest.”

On June 27, 1972, Muhammad Ali scored a dominant seventh-round TKO over perennial heavyweight contender Jerry Quarry at the Convention Center in Las Vegas. The official time was 0:19.

Quarry (43-5-4) had been the comeback opponent for Ali following the latter’s three-and-a-half year exile from the ring. That bout took place on October 26, 1970, in Atlanta, Georgia, and it was over before it began for the classy Californian, who was badly cut and stopped in three rounds.

Since that time, Quarry had posted six straight wins, but the caliber of his opposition was questionable. Ali, meanwhile, had won six of seven fights against mostly solid opposition and the defeat was a points loss to then-champion Joe Frazier in an epic battle.

Net result: Ali was on far better form this time around.

Quarry exploded out of the corner at the opening bell and within seconds he’d aggressively lifted Ali off the canvas in response to being grabbed behind the neck. The referee admonished both men and the wrestling was soon replaced by boxing. Unfortunately for Quarry, he could rarely score with a significant punch.

Ali went through the whole routine: blazing fists, shuffles, taunting and talking. Desperate for revenge, Quarry gamely tried to close the distance but his best punches bounced off the bigger man. Along with significant advantages in height and reach, Ali was also 16 pounds heavier.

Completely used up at the end of the sixth, Quarry should have been pulled out of the fight. When the bell rang for the seventh, Ali met his unsteady opponent at ring center with a quick flurry. Quarry went back on his heels and stood stock still near the ropes – helpless. Aware of his opponent’s predicament, Ali motioned for referee Mike Kaplan to stay close. He then measured Quarry with a quick jab, raised his chin with a right uppercut before whipping home a sharp left hook.

The bout was stopped instantly and Ali improved to 37-1.

On the undercard, Quarry’s brother, Mike, was brutally knocked out in four rounds by undisputed light heavyweight champion Bob Foster.