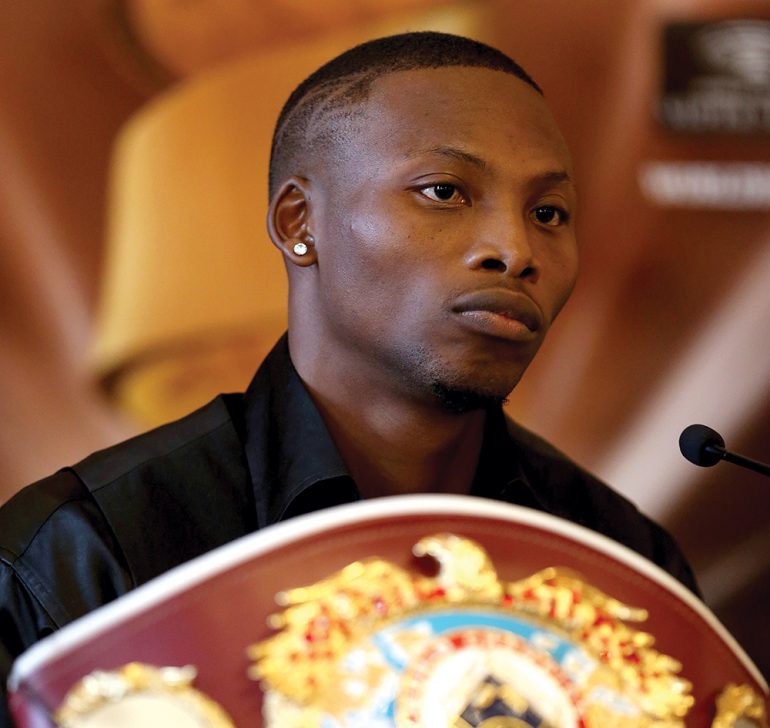 Former two-weight world champion Zolani Tete will look to breathe new life into his career up at junior featherweight when he takes on experienced Jason Cunningham at Wembley Arena, London on Saturday.

Tete, who has held IBF junior bantamweight and WBO bantamweight titles, has had just 55 seconds of action in more than two-and-a-half years but isn’t concerned.

“The action I got last December was the culmination of things I was doing in preparation for that fight,” Tete (29-4, 22 knockouts) told The Ring. “The coronavirus outbreak and the loss to Casimero shaped me differently. It taught me that one must grab each and every opportunity before you, as you don’t know your tomorrow.”

And that’s what he intends to do against Cunningham, who enters this fight on a seven-fight win streak.

“Jason is a formidable opponent, he hasn’t lost since 2018 and has turned the corner,” said Tete referring to the Brit bouncing back from losing three out of four fights to claim the British, Commonwealth and European titles.

“He moves nicely around the ring and positions himself well with good southpaw angles. I am expecting a masterclass of lanky southpaws. There are things to exploit and come July 2, everyone will realize that he has flaws and I will exploit them big time. It’s gonna be interesting, the class and levels will be the difference.”

The 34-year-old South African has operated at a much higher level than Cunningham and would have been widely favored to beat him a few years ago.

Tete, who has trained at home in Mdantsane with his trainer Loyiso Mtya and elder brother Makaze Tete, maintains it doesn’t matter who he faces, he is ready to use the fight with Cunningham as a springboard into the junior featherweight division.

“Even if it was not Cunningham, anyone in front of me now must just forget that I am at tail end of my career,” he said. “I want to finish my career with a big bang. I want to be a world champion for the third time, time come rain, come shine. It’s just unfortunate that Jason is in my way to get there. I respect him so much but now I am in a mean mood.”

His manager, Mlandeli Tengimfene, is confident Tete has another title run in him.

“He still has all what it takes to be a world champion,” said Tengimfene. “He still has the hunger, passion and zeal to be a three-time world champion in a different weight class. He still carries the power up to the 122-pounds – you watch the space.”

Cunningham (31-7, 7 KOs) has been a professional since 2011. He has boxed at domestic level for much of his career, winning Commonwealth titles at bantamweight, junior featherweight and featherweight. The 32-year-old Yorkshireman has lost to former WBA junior bantamweight Kal Yafai (UD 12) current WBA featherweight titlist Leigh Wood (UD 10) and world title challenger Michael Conlan (UD 10).

However, Cunningham has found a new level since settling at 122-pounds and upset Gamal Yafai (UD 12) to win the European title. He has added the British and Commonwealth titles by beating Brad Foster (UD 12) and most recently defended his European title against Terry Le Couviour (KO 6).