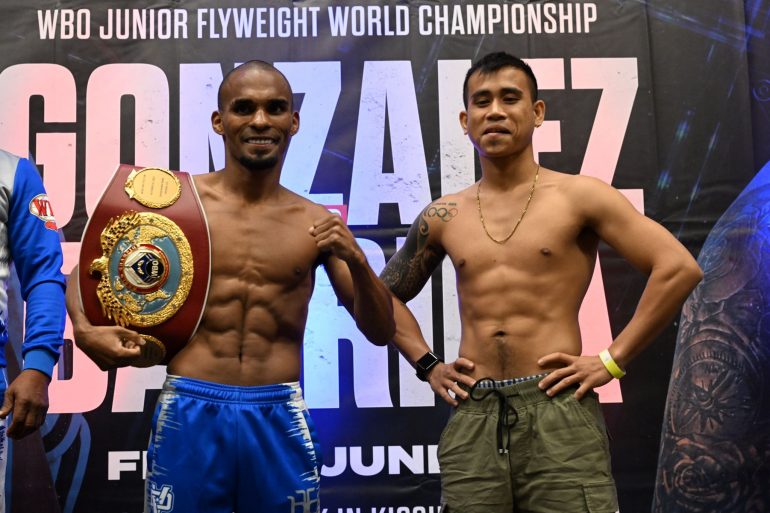 Jonathan Gonzalez needed a couple trips to the scale to make weight for his first title defense against Mark Anthony Barriga, who easily skated under the 108-pound limit.

“Bomba” Gonzalez (25-3-1, 14 knockouts) initially weighed in at 108.8 pounds, and took off only a couple ounces after re-weighing in without his trunks. He returned to the scale an hour later, weighing in officially at 107.6 pounds.

The Bronx-born Puerto Rican is making the first defense of the title he won in October, when he defeated Elwin Soto by split decision.

Barriga (11-1, 2 KOs) weighed in at 106.4 pounds for his second world title attempt. The 29-year-old Barriga previously fought for a world title at 105 pounds, losing a split decision to Carlos Licona for the vacant IBF strawweight title in 2018.

The show will take place Friday at Osceola Heritage Park in Kissimmee, Fla., and will be promoted by Pro Box Promotions and All Star Boxing.

In other action, Axel Aragon (15-4-1, 8 KOs) weighed in at 107.8 pounds, which was the same as Angelino Cordova (16-0-1, 12 KOs). Aragon is fighting for the second time since his spirited title challenge against Hiroto Kyoguchi.