Andy Ruiz and Luis Ortiz set to clash on September 4 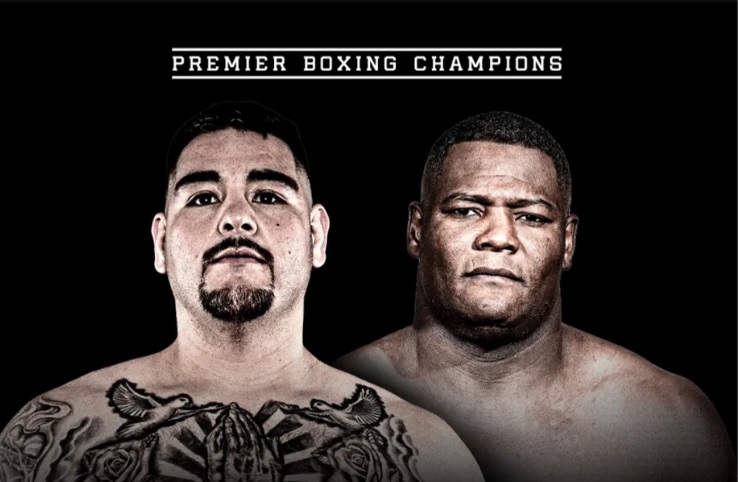 The long-awaited heavyweight clash between Andy Ruiz and Luis Ortiz finally has an official date.

“The fight fans in Los Angeles are in for an action-packed Labor Day Weekend as Southern California’s Mexican-American star Andy Ruiz Jr. returns in his toughest test since his [world] title run, against the always dangerous Cuban southpaw Luis Ortiz on September 4,” said Tom Brown, President of TGB Promotions. “This is a perfect clash for the electric atmosphere at Crypto.com Arena and is sure to deliver fireworks. The FOX Sports PBC Pay-Per-View main event will prove once again that high-stakes heavyweight action is a must-see event.”

The clash between Ruiz and Ortiz, which was originally penciled for August 13, will also pit two fighters ranked in the top-10 by The Ring. Ruiz and Ortiz are ranked Nos. 6 and 7, respectively.

Ruiz (34-2, 22 knockouts), who resides in Imperial, California, has not fought since defeating Chris Arreola in an action-filled bout on May 1 of last year.

The 32-year-old Ruiz made history in June 2019, overcoming a knockdown to stop Anthony Joshua in the sixth round, becoming the first heavyweight titleholder of Mexican descent. The title reign ended just over six months later, as he lost by unanimous decision to Joshua in the rematch. Ruiz put on over 15 pounds from the first fight and, after the rematch against Joshua, attributed his lackluster performance on partying and not training as much as he did for the first fight. 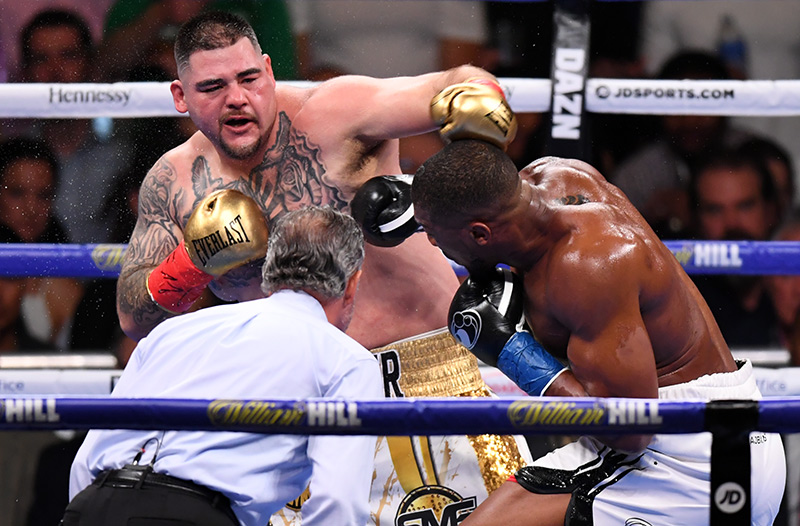 Hoping to build upon the win over Arreola, Ruiz is committed to again making boxing his priority in order to land another world title opportunity.

“I’m so excited to get back in the ring in front of all of my fans in Los Angeles on September 4,” said Ruiz, who recently split with trainer Eddy Reynoso, who trains The Ring Magazine super middleweight champion Canelo Alvarez. “This is my chance to prove to everyone that I’m going to be heavyweight champion of the world again. I’m super motivated to be facing a great fighter like Luis Ortiz, so my fans can expect to see me at my best. Everyone has wanted to see this fight and we’re going to give everyone a war on fight night.”

Ortiz (33-2, 28 KOs), who is originally from Camaguey, Cuba and now resides in Miami, Florida, overcame two knockdowns to stop Charles Martin in the sixth round of his most recent bout on January 1. Ortiz was down on all three judges’ scorecards at the time of the fight. 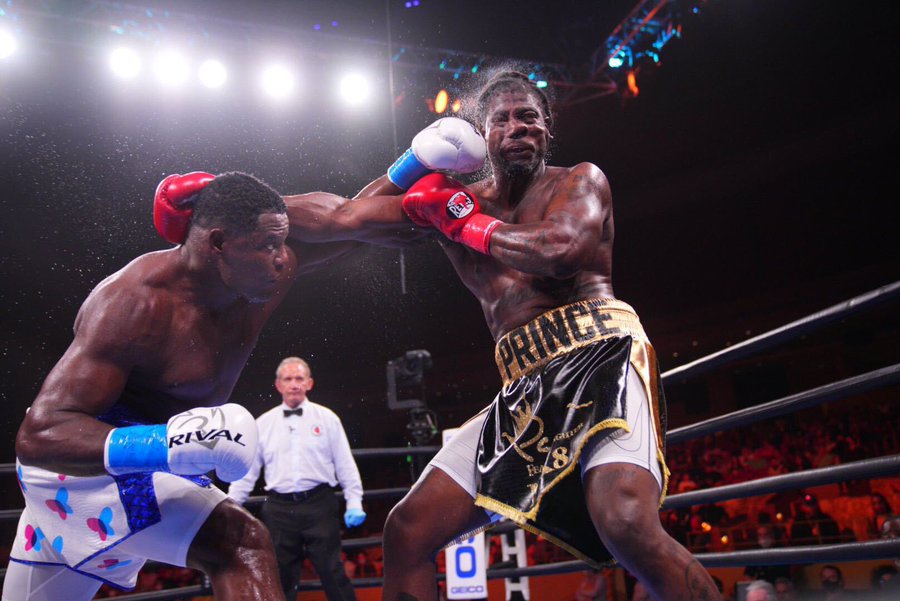 One monster overhand left from Luis “King Kong” Ortiz (left) turned around a difficult fight with Charles Martin and kept the veteran in The Ring’s heavyweight rankings. Photo from PBC

The 43-year-old has won his last two bouts since losing by knockout to then-WBC heavyweight titleholder Deontay Wilder in November 2019. His other loss also came at the hands of Wilder in March 2018 in a fight in which Ortiz had Wilder hurt but was not able to stop him before he was stopped in the 10th round.

Ortiz is confident he can defeat Ruiz to again challenge for a world title.

“I’m blessed to be back in a position to get closer to achieving my goal of becoming the first heavyweight champion of the world from Cuba,” said Ortiz, who is trained by Herman Caicedo. “Anyone who doubts me has only fueled me to keep going. I know that I have to make a big statement in this fight and that’s my plan on September 4. I respect Andy Ruiz but he’s standing in my way and I’m going to do whatever it takes to go through him.”

Cruz dropped Yuriorkis Gamboa three times en route to a stoppage win in his most recent bout on April 16. The win over Gamboa took place over four months after Cruz lost a close unanimous decision to unbeaten Gervonta Davis. 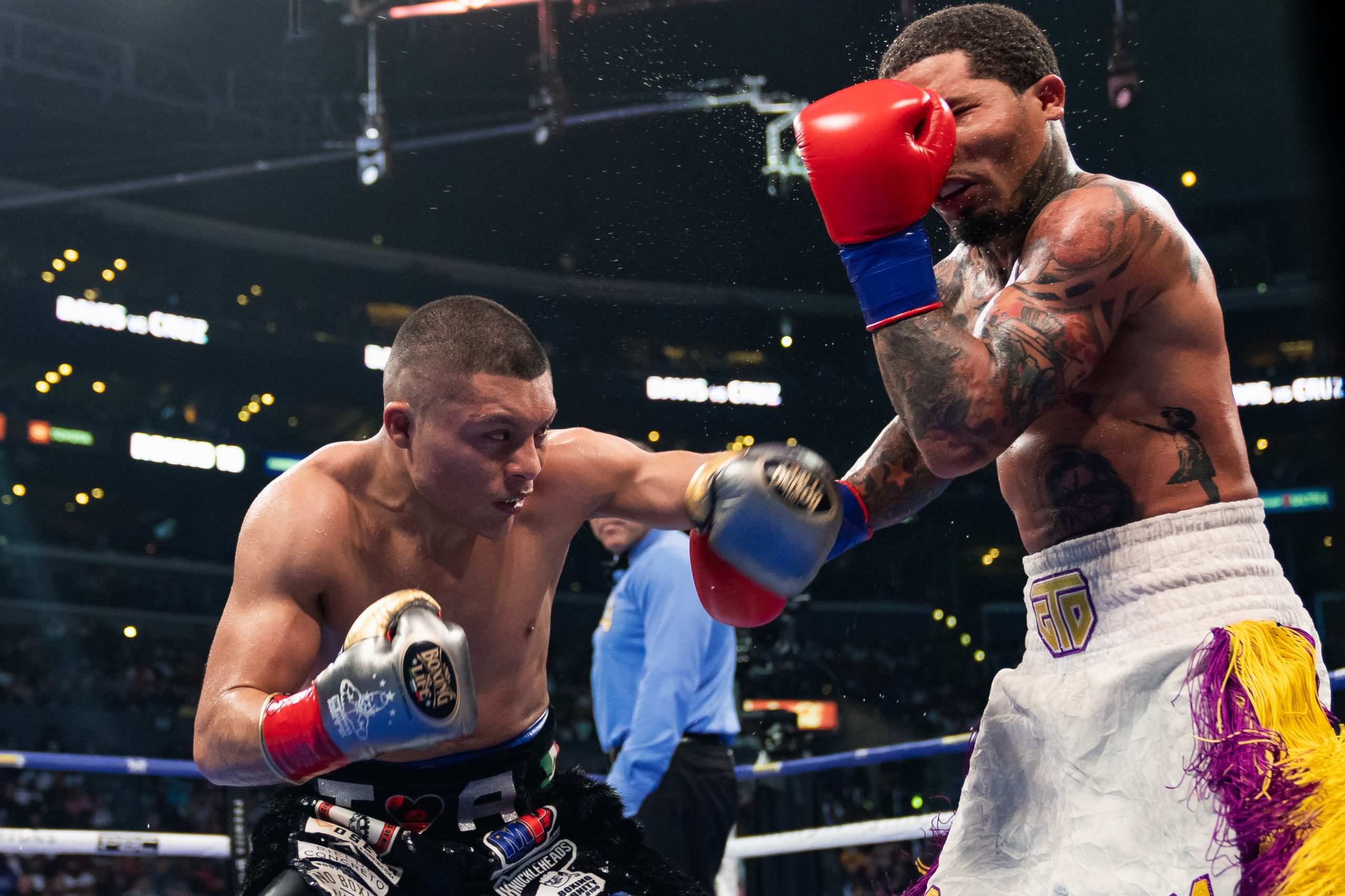 Isaac Cruz (left) lived up to his “Pitbull” nickname vs. Gervonta Davis. Photo by Ryan Hafey/PBC

Ramirez (27-2-3, 12 KOs), who resides in the boxing hotbed of Los Mochis, Mexico, defeated Luis Melendez by majority decision in his most recent bout on May 28. The 29-year-old will be making his lightweight debut against Cruz and had fought at 126 pounds as late as May of last year.

The 36-year-old Mares (31-3-1, 15 KOs), who is originally from Guadalajara, Mexico, and now resides in Montebello, California, has provided color commentary for Showtime telecasts in recent years. He has not fought since losing a close unanimous decision to Leo Santa Cruz in a fight in which he suffered a torn retina, which had kept him out of the ring.

Flores (25-4, 12 KOs) has not fought since defeating Mexico’s Diuhl Olguin by split decision in his most recent bout on June 19 of last year. Flores, who is originally from Morelia, Michoacan, and now resides in Spring, Texas, has lost four of his last seven bouts.

In the opening bout of the pay-per-view telecast, lightweight prospect Jose Valenzuela (12-0, 8 KOs), of Los Mochis, Mexico, will square off against Jezrell Corrales (26-4, 10 KOs), of Panama, in a 10-round bout.