Marcelo Coceres on Erik Bazinyan: I need this fight to be back in the mix with big names 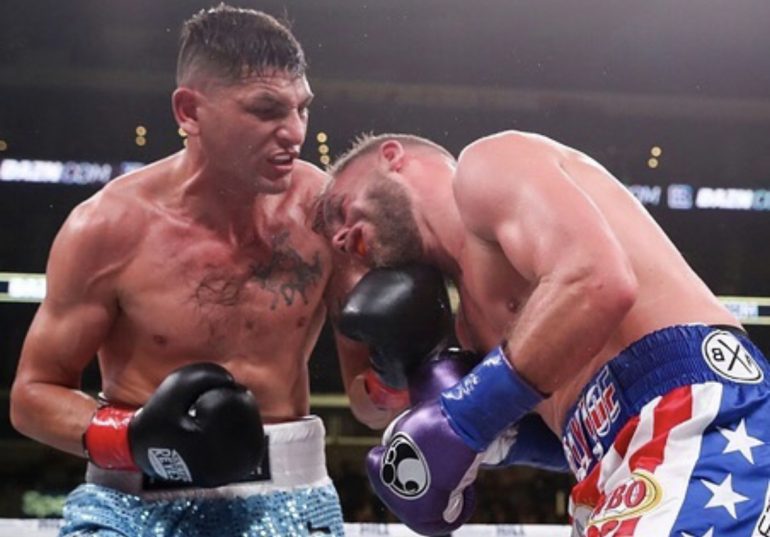 The 10-round scheduled fight for the NABF title will headline an event at the Montreal Casino on Thursday.

“Experience is going to be a factor,” Coceres (30-3-1, 16 knockouts) told The Ring through Nicolas Samuilov. “The two big fights have been terrific experiences for me. Both of them were completely different kind of fights.

“Both of them happened more or less how we predicted. Against Billy Joe Saunders, I received a blow, things happen that can make you win or lose by knockout. Against Edgar Berlanga, I knew I had a heavy puncher in front of me, a guy that 16 consecutive knockouts in his previous 17 fights. I knocked him down and put him in big trouble.

“In this fight I expect a different kind of fight but one where experience will work well because I’m going to work well after the mistakes of my opponent. I will counterattack and I will take advantage of many mistakes he will make.”

The 31-year-old Buenos Aires resident enters the fight in relaxed mood, content with his preparation.

“The fight, we have already won it in the gym,” he explained. “I did a great job in training; I am fully prepared for the fight.”

The fight can’t come quick enough for the Argentine fighter.

“I am going to wait to see what happens during the fight but I am fully prepared for what my opponent brings,” he said. “This is a fight I need to be back in the mix with big names and I am certain I will get my hand raised.”

His promoter Mario Margossian of Argentina Boxing Promotions, believes this fight will bring new life into his fighter’s career.

“Marcelo has the experience and talent to not only compete in this fight but to win,” said Margossian. “That’s why we took this fight. We understand it is a difficult challenge but since we all know as a team Marcelo can get the victory. Marcelo can become a big name in this division and can even go down to middleweight without and problem and be in the mix in both divisions. Everything that has to be done, has been done. He had everything he needed. We are confident that he can take the win.”

Bazinyan (27-0, 21 knockouts) turned professional in 2013. The Armenian-born fighter moved to Canada when he was 16 and has moved through the ranks. The unbeaten fighter has gradually moved through the ranks and has wins over seasoned veterans like David Zegarra (TKO 4), Saul Roman (KO 3) and Scott Sigmon (KO 2). The 27-year-old is primed for his biggest fight to date.

Erik Bazinyan aims to impress against Marcelo Coceres on Thursday – The Ring (ringtv.com)