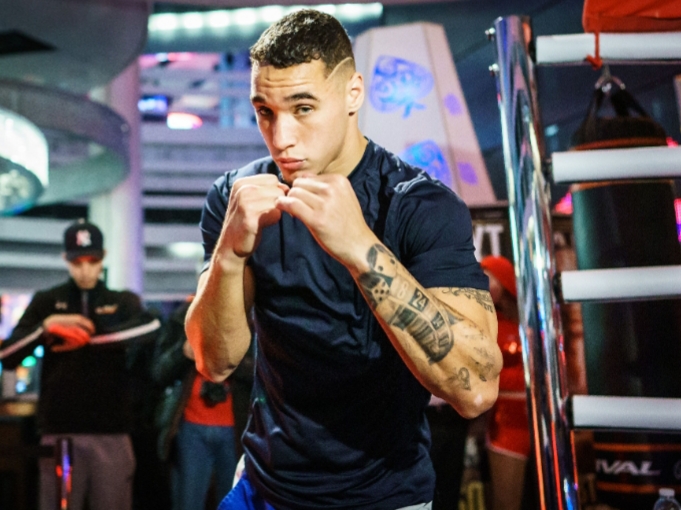 On Thursday, Steven Butler and Brandon Brewer will meet for the vacant NABF middleweight title at the Montreal, Casino, Montreal. It’s expected to be a fan friendly fire-fight between two offensive minded fighters.

Butler, 26, has fought at the highest level but came up short against Ryota Murata for the WBA 160-pound title in December 2019, while Brewer has toiled just below the world-class level, all the while waiting for his big opportunity.

This fight presents both men with the chance to jump start their respective careers.

Brewer, who is the older man by 11-years, feels his best is yet to come.

“I’m just getting into my prime, there’s no reason I can’t show I’m just getting warmed up in this game,” said Brewer (25-1-2, 11 KOs) “Hopefully everybody is healthy after (the fight), but hopefully it’s me leaving with the belt, the W and with some new fans.”

Although this fight pits two Canadians against one another, the two are cordial with each other.

“I don’t know him, I’ve never seen him before,” said Butler. “It’s just business. I challenged him five years ago and after that he made an announcement, he’s retiring but now it’s time. I love this match up.”

Brewer concurs with his rival though unsurprisingly see’s the outcome panning out his way.

“I think this is a bad match up for him,” said the 37-year-old New Brunswick native. “I think if you look at Steven as an amateur and pro, he has one style. It’s a great style, he does a great job. He has a great right hand, good footwork, [his] chin [is] obviously questionable. I don’t have to say that, his record says that. I might test it in the first 10 seconds, but I might wait a bit, I’m not sure, we’ll see. It all depends what he brings out. What I do is going to be based on what he does to get the job done.

Both men know that this crossroads bout is extremely important to the next phase of their careers.

“It’s going to put me in a great place,” explained Butler. “He’s a good challenge, it’s a good motivation to win this fight. Make a statement, he’s 25-1-2 and never been stopped. I want to be the first man to stop him and put myself in a good position to fight for a world title.”

Brewer isn’t getting ahead of himself and is focused on the task in hand.

“With Steven’s style, he’s either knocking guys out or getting knocked out,” said Brewer. “That’s what he brings to the table and that’s exciting and I’m excited to get in that with that type of style. It’s going to be fun for me.”