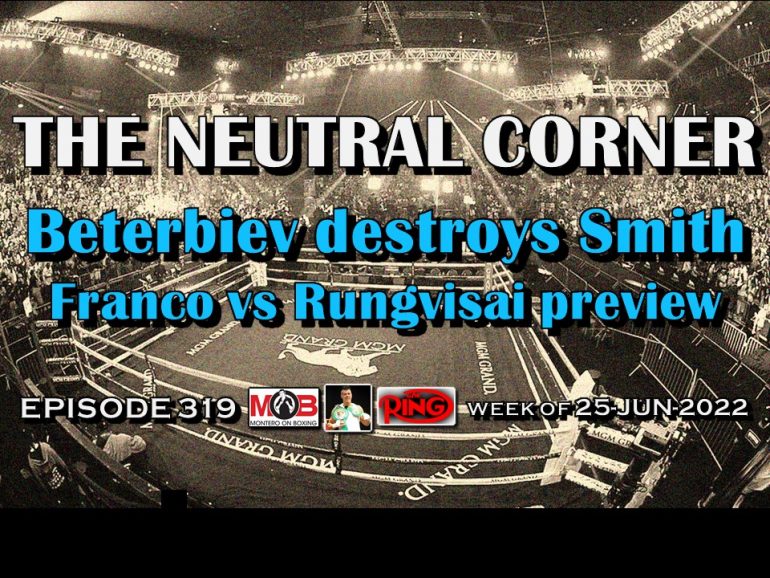 On episode 319 of The Neutral Corner boxing podcast, host Michael Montero gave some initial thoughts on the rematch between Oleksandr Usyk and Anthony Joshua, which is official for August 20 in Jeddah, Saudi Arabia. Billed “Rage on the Red Sea”, the rematch will take place nearly a full year after their first bout, which Usyk won by unanimous decision last September in London.

On Saturday, June 18, Artur Beterbiev dominated Joe Smith Jr inside the Hulu Theater at Madison Square Garden in New York City. The Russian improved to 18-0 (18 knockouts) with a TKO2 win over Smith, dropping him twice in the process. With the victory, Beterbiev now holds three of the four major world titles at light heavyweight. The bout headlined a Top Rank card that was broadcast on ESPN. In the co-main, Robeisy Ramirez (10-1, 6 KOs) scored a KO5 win over Abraham Nova in a featherweight bout.