Srisaket Sor Rungvisai: Jesse Rodriguez is not to be underestimated 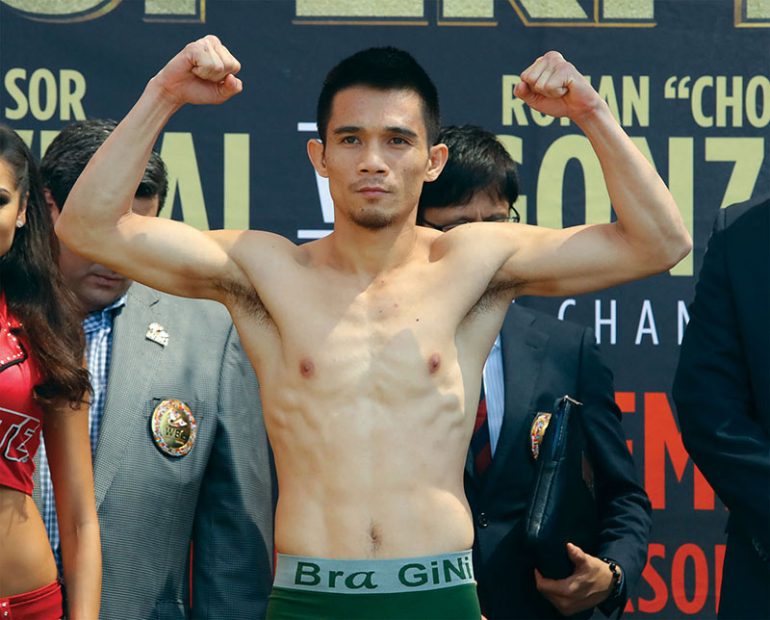 Sor Rungvisai, who is rated No. 1 by The Ring at 115-pounds, behind champion Juan Francisco Estrada, had been due to face Carlos Cuadras in a rematch in February but had to pull out with a kidney problem.

He was subsequently replaced by Rodriguez, who jumped two-divisions to impressively claim the vacant WBC title by dropping and outboxing Cuadras.

“It was a good fight, Rodriguez did very well,” Sor Rungvisai (50-5-1, 43 knockouts) told The Ring through Chonlathan Supphaiboonlerd. “Although Rodriquez is very young, he is a strong champion. He must not be underestimated.

“I have been training hard and I will do everything to ensure that I will be at my best condition on fight night.”

The 35-year-old power-puncher will be fighting for the first time in 15-month. However, he was able to knock some ring rust off during a public sparring session against former WBC junior flyweight titlist Kompayak Porpramook in April.

“It was very important for me because it helped me prepare to be mentally ready for the fight.” he said.

The popular Thai fighter, who has as usual prepared at the NKL (Nakornlaung Promotions) training camp in Nonthaburi with long time trainer Chokchai Pisitwuttinan, is quick to say that the time away from boxing has helped reinvigorate him.

“Now, I’m hungrier than ever,” he said. “I really want to be a three-time WBC world champion. I would be the first Thai boxer in history to achieve that.”

And with that in mind he still has aspirations of securing rubber matches with his old rivals.

“I would like to face [Ring and WBA titleholder Juan Francisco] Estrada and [Roman] “Chocolatito” [Gonzalez] after this fight,” he said. “That remains my ultimate goal.”

NKL chairman, Surachart Pisitwuttinan, is steadfast in his belief in his fighter.

“It will be a really good fight,” said Sor Rungvisai’s promoter. “Rodriguez is a great champion, but Srisaket will win.”

Rodriguez turned professional as a 17-year-old in Mexico in 2017. After three of his first four fights took place in Mexico, he began to fight more frequently in America and gained notoriety in 2020 with a pair of early knockouts inside The Bubble. Although he initially had title hopes at 108-pounds, he was only too happy to fight Cuadras (UD 12) for the vacant WBC title. “Bam” is unbeaten in 15 fights, with 10 knockouts.