On this day: Henry Cooper almost destroys Muhammad Ali legend before it begins 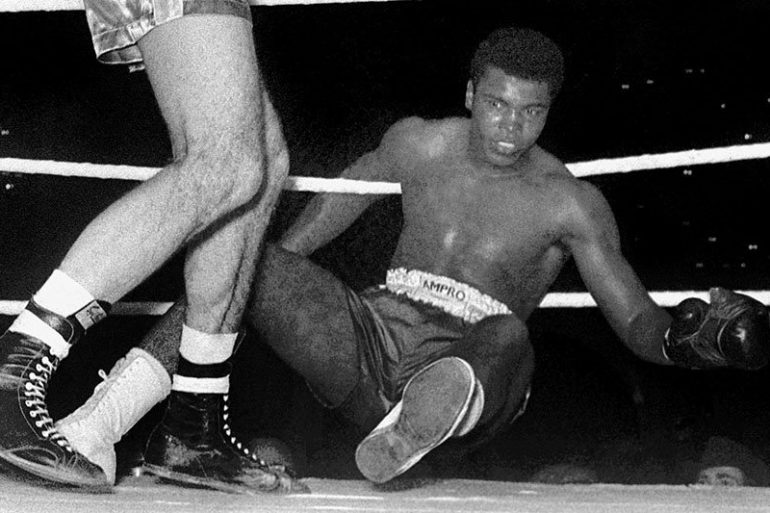 Photo by AP
18
Jun
by The Ring

Clay survived a brutal left hook knockdown at the end of the fourth to finish the fight with a savage assault in the very next round. A horrible cut over Cooper’s right eye – over two inches long – almost produced more of a downpour than the heavy rain that covered disappointed ringsiders that night.

The fight elicits more myths than any other in British boxing history, but the controversy remains undeniable.

“Our ‘Enry should have been heavyweight champion of the world that night!”

Cassius Clay versus Henry Cooper (1963) was a 10-round non-title fight.

“If Ali didn’t have his glove replaced, Cooper would have knocked him out.”

Nobody replaced the glove.

“Ali had five minutes of extra time to recover between rounds four and five.”

Ringside timekeeper Stan Courtney later stated, “My watch showed that the interval between rounds had in fact been 1:40.” The original BBC broadcast of the fight shows just seven seconds of extra time.

What cannot be denied is that legendary trainer Angelo Dundee – by his own admission years later – made a small tear in Clay’s left glove worse. That timely and shrewd intervention bought his fighter extra time, regardless of the duration. In another illegal act, assistant trainer Chickie Ferrara can be seen breaking an ammonia file under Clay’s nose.

Also forgotten is just how good Cooper was that night, outside of the knockdown. In the opening round, the savvy Londoner thumped Clay with the jab, nailed him with left hooks and bloodied his nose. Clay’s respectful tap to Cooper’s shoulder at the end of the round is a clear indication that respect had been earned.

Clay’s main problem was that he lost concentration. Having cut Cooper in the third, the self-styled Greatest figured that the fight was already won. He postured throughout the remainder of that round and looked disinterested in the fourth. Having predicted a fifth-round knockout win, the super-confident 21-year-old was biding his time and almost ran out of luck.

In his very next fight, on February 25, 1964, Clay would dethrone Sonny Liston. He then officially changed his name to Muhammad Ali. In his forth defense, Ali won a rematch with Cooper, again on cuts, stopping the proud Englishman in six. This time around, there was no controversy.