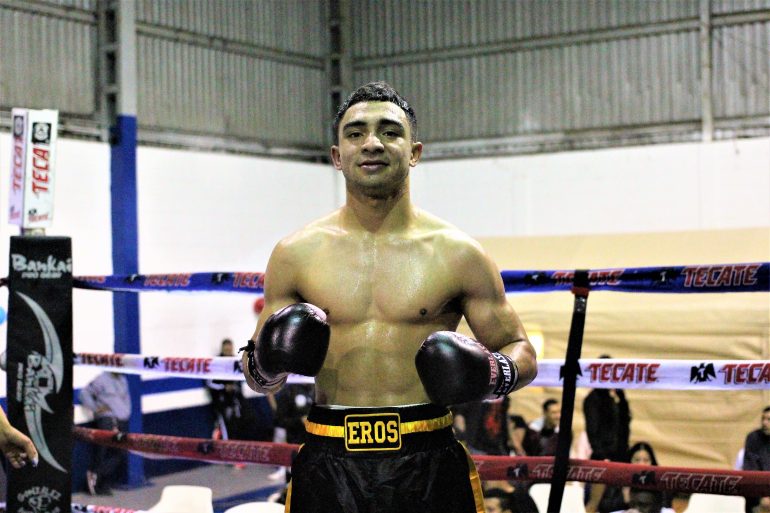 ONTARIO, Calif. – Eros Correa pulled off a significant upset by defeating fringe contender Saul Sanchez by 10-round split decision on Friday at the Doubletree Hotel.

Sanchez was the favorite coming into the Correa fight after having faced better opposition in recent fights. Entering Friday’s fight, Sanchez had won seven fights since losing to Edwin Rodriguez in August 2019. Among his more-impressive recent victories during that stretch were a first-round stoppage win over then-unbeaten Ja’Rico O’Quinn and a decision win over once-beaten Mario Hernandez.

From the opening bell, Sanchez was the aggressor, walking Correa down against the ropes. Sanchez was relentless, sitting down on his punches and ripping combinations to Correa’s head and body.

To his credit, Correa remained composed, never displaying any emotion as Sanchez was on the attack. As the bout progressed, Sanchez’s aggression diminished, allowing Correa to outbox Sanchez in the center of the ring.

Correa was effective from distance, moving in and out of Sanchez’s reach. The more he kept his distance, the more of a rhythm Correa stayed in, outboxing and outlanding Sanchez.

Towards the end of the eighth round, a combination to the head momentarily stunned Sanchez. Correa followed up but was not able to connect anything flush to the head.

Both fighters had their moments during the last two rounds. Sanchez was the aggressor but not as he was during the first three rounds of the fight. Correa mixed his attack, initiating exchanges or countering Sanchez to the head.

The 25-year-old was on the cusp of becoming a legit contender at 118 pounds. Sanchez is ranked by two of the major sanctioning bodies and has fought a handful of times on ShoBox and Boxeo Telemundo telecasts. He is promoted by Thompson Boxing Promotions and is trained by Manny Robles.

Correa, who resides in San Jose, has won his last two fights since his majority decision loss to Katsuma Akitsugi on October 22. He is managed by Andrew Bocanegra.

Lopez, who resides in nearby Corona, broke Bogle down in each round. Lopez consistently threw and landed two and three-punch combinations that found their mark, whether to the body or the head of Bogle, who was deducted a point in the fourth round for excessively pulling Lopez’s head down.

Bogle was game and had his moments, including landing an occasional uppercut or counter right hand, but Lopez was the more-effective fighter throughout the bout.

In middleweight action, Nelson Oliva improved to 3-0 (3 KOs) by stopping Tijuana’s Antonio Duarte (2-4) at 55 seconds of the first round. Oliva, who resides in nearby Riverside, dropped Duarte with a left hook to the body and was counted out by referee Thomas Taylor.

In the opening bout of the Thompson Boxing Promotions card, junior middleweight Anthony John Saldivar of Ontario stopped Denver’s Genesis Wynn (1-2) at 2:08 of the opening round.