Weights from New York for Beterbiev-Smith 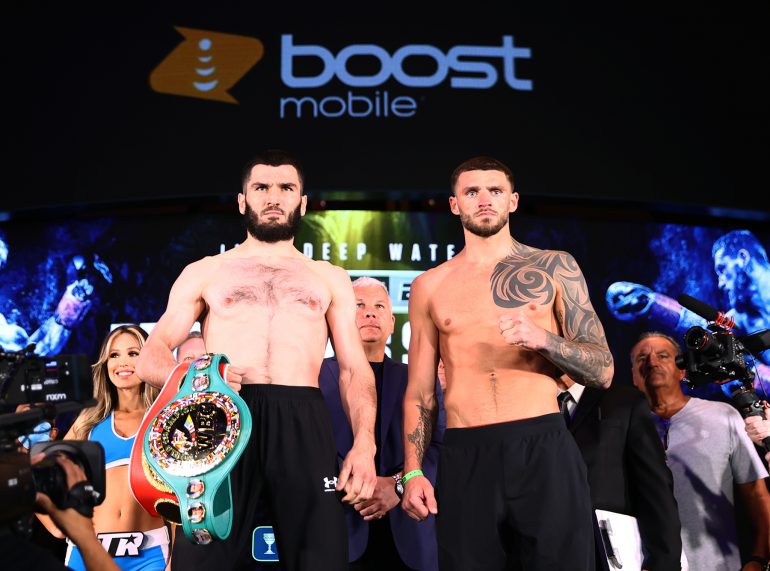 Artur Beterbiev and Joe Smith Jr. made weight on Friday for their light heavyweight unification fight this Saturday in the Hulu Theater in Madison Square Garden.

Beterbiev, The Ring’s No. 2 light heavyweight contender and Smith, rated No. 3 by Ring, realize this is the step towards being the undisputed light heavyweight world champion, with a unification fight possibly ahead later this year against WBA and Ring’s No. 1-rated Dmitry Bivol.

“I just want to fight the best and make the fans happy,” Smith told ESPN’s Max Kellerman. “I want to get all of the belts. I’ll figure him out when I’m in there. We have a plan and we have a back-up plan. I’m a big puncher, too, and I can stand my ground when I need to. (Being the underdog) is motivation. I don’t mind being called that.”