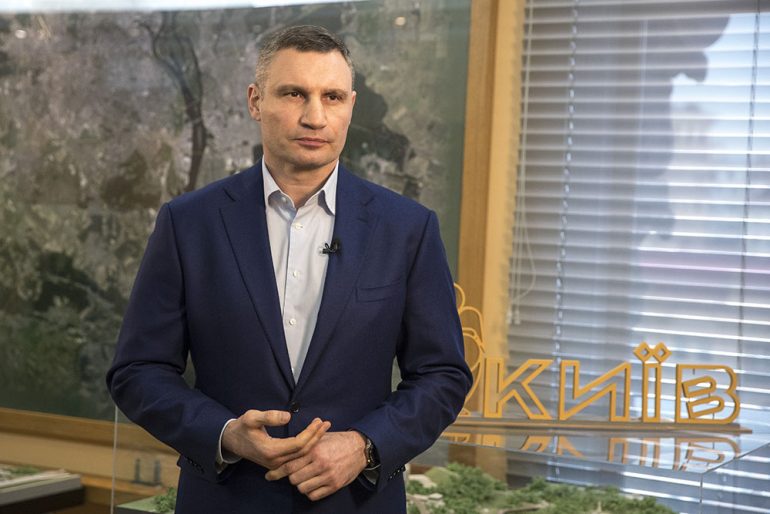 Vitali Klitschko has been known for his courage in the ring, but the former heavyweight champion is now being honored for his valor outside of it.

The mayor of Kyiv, Ukraine will be honored with the Arthur Ashe Award for Courage at the 2022 ESPY Awards, which are set to take place on Wednesday, July 20 at The Rooftop at Pier 17 at the Seaport in New York City.

Klitschko (45-2, 41 knockouts) has been on the frontline of the war in Ukraine, resisting the Russian invasion since it began on February 24. The 50-year-old has been the Ukrainian capital’s chief executive since 2014.

Both Klitschko and his younger brother Wladimir, also a former heavyweight champion, have been the public faces of the resistance, rallying international support through their media appearances and vows to fight the Russian invasion with their lives.

“It is a great honor for me to receive this award,” said Klitschko in a press release. “I am convinced that this is a recognition of the courage and inviolability of the Ukrainian people, who have been bravely resisting the Russian aggressor for more than 3 months. This is an award for everyone who defends the independence and freedom of Ukraine.”

The elder Klitschko is best remembered for the courage he showed in his 2003 heavyweight brawl with then-heavyweight champion Lennox Lewis, pushing the aging champion to the limit before a nasty cut suffered earlier in the bout led to the fight being stopped in the sixth round, with Klitschko ahead 58-56 on all three cards.

He then became heavyweight champion himself the following year with an eighth round stoppage of Corrie Sanders, avenging his younger brother’s loss from the year prior.

Vitali would defend the title once before announcing his retirement in 2006 due to injuries and political aspirations. He returned in 2008, stopping Samuel Peter to win the WBC title, defending it nine times before retiring in 2012.

In addition to the Klitschkos, the Ukrainian resistance has also been bolstered by Ukrainian boxing champions Vasiliy Lomachenko and Oleksandr Usyk.

The ESPYs are also expected to honor the Best Boxer, though finalists for the award have not yet been announced. Last year’s award was won by Tyson Fury.