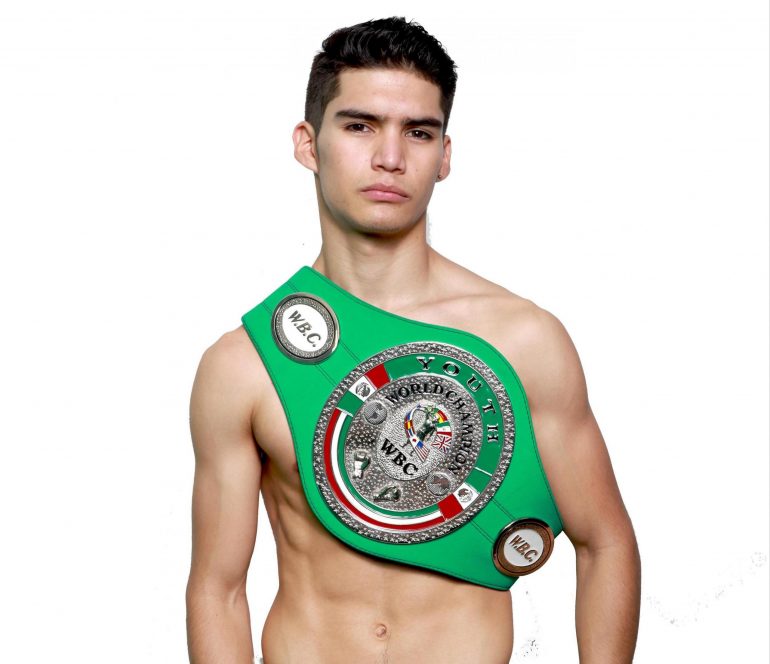 The junior bantamweight division is one of, if not, the most competitive and talent-rich weight classes in boxing. David Cuellar hopes to be included amongst the best fighters in the division.

That may not be the case at the moment, but he can develop into a legit contender who can one day fight the elite of the division.

Cuellar hopes to make an impression on boxing fans Friday night, as he squares off against Yader Cardoza at the Auditorio Municipal in Torreon, Mexico, it was announced Tuesday afternoon. The clash between Cuellar and Cardoza will follow Yuliahn Luna’s defense of the WBC Female bantamweight title against Jessica Gonzalez.

Cuellar (21-0, 14 knockouts), who resides in Queretaro, Mexico, has demonstrated power and aggression over his last several fights, stopping 10 of his last 11 opponents. He has stepped up the level of opposition, defeating modest opposition, including a knockout win over Karim Arce in a clash of unbeaten fighters on June 21 of last year. Four months later, Cuellar knocked out former world titleholder Moises Fuentes.

In his last bout on February 6, Cuellar knocked out Ricardo Blandon of Nicaragua in the sixth round.

It may be at least a year or two before Cuellar is considered a legit contender at 115 pounds, should he continue winning. Promociones del Pueblo, which promotes him, is very high on him. Promoter Oswaldo Kuchle, has told The Ring in a previous interview he would eventually like to showcase Cuellar in the United States, likely next year, stating “he’s almost ready for the big leagues.”

Despite not having faced a legit contender yet, promoter Oswaldo Kuchle has high hopes for Cuellar.

“David has a great presence in the ring,” Kuchle told The Ring Tuesday evening. “He has a typical Mexican style and he’s aggressive. He has a strong passion for the sport. He’s intelligent in the ring. Despite his youth, he’s a complete fighter.”

Cardoza (26-17-1, 8 KOs), who resides in Managua, Nicaragua, will be fighting for the third time in Mexico. Cardoza challenged then-WBC junior flyweight titleholder Adrian Hernandez in May 2013, losing by unanimous decision. In September 2016, Cardoza was stopped by fringe contender Felipe Orocuta.

The 33-year-old has won three of his last five bouts, with his last two victories coming at the expense of Jonathan Coutino.

Aside from the second defense of her WBC title, Luna will be attempting to avenge an earlier defeat to Gonzalez.

The loss to Gonzalez (8-5-2, 1 KO) took place in June 2014. Since then, Gonzalez, who resides in Mexico City, is 2-4-2 in her last eight bouts. The 34-year-old was victorious in her last bout on September 11, defeating previously-unbeaten Tatyana Zrazhevskaya by split-decision to win an interim Female world title belt.

In other action, unbeaten junior bantamweight Luis Araujo (10-0-2, 7 KOs) of the boxing hotbed of Los Mochis, Mexico will face Hector Robles (11-5-2, 3 KOs) of Monterrey, Mexico in an eight-round bout.