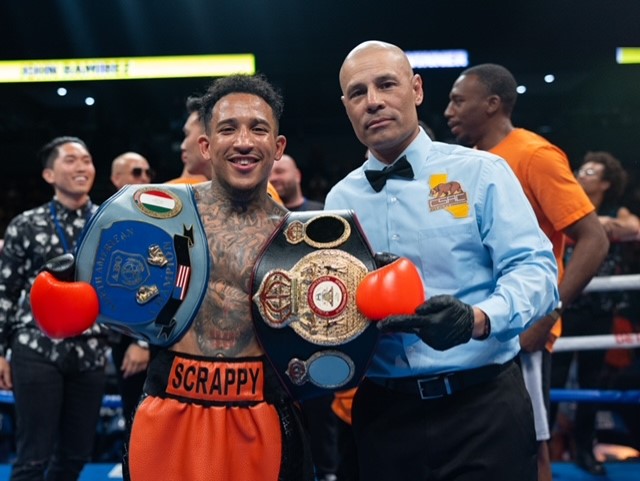 Best night of pro career and why: Ramirez is most pleased with his first-round knockout against Jan Salvatierra on May 14.

“My last fight,” Ramirez told The Ring. “I fought on the Gilberto Ramirez-Dominic Boesel undercard on DAZN and had possibly the Knockout of the Year.”

Worst night of pro career and why: The big-punching Los Angeles native is happy with how all his fights have gone so far.

“Even on my worst night, if that ever happens, I’ll make the ring adjustment to do what’s necessary to win.” he said confidently.

Why he’s a prospect: Ramirez came to boxing relatively late, at the age of 20 and wasn’t a big amateur.

“I didn’t walk into the gym to be an amateur boxer,” he said. “I did it just to get the experience.”

Despite a lack of amateur credentials, Ramirez won the SoCal Golden Gloves and the Sugar Bert National Tournament twice.

“I came out of the Wild Card and that’s where I had my first sparring session, he explained. “After my big KO (against Salvatierra), the following Wednesday, I sparred Stephen Fulton, the unified 122-pound world champion.

“I’ve sparred Regis Prograis, Ivan Redkach, Jose Valenzuela, and the list goes on and on. They all loved the work; they were all surprised. I proved myself to them in and out of the ring and, more importantly, got their respect.”

Ramirez is heavy-handed but he feels he has another asset that will serve him well as he steps up: “My boxing IQ. I’m able to adapt.”

His trainer, Julian Chua, who also trains Gilberto Ramirez and Fulton at the Brickhouse in North Hollywood, believes his fighter is a diamond in the rough.

“Scrappy has all the tools to become a world champion – I believe that,” said Chua. “He’s confident enough to know he’s the best but humble enough to know he has a lot of work that needs to be done to get there.

“He is versatile in the ring, which allows him to adapt to what he needs to do to win. And whether it’s the outside or the inside, boxing, or pressuring, he’ll find the answer and he’ll stick to it.”

“He’s the little brother I never wanted (laughs),” said Ramirez of his protégé. “In all seriousness, he’s a great kid with a bright future and I’m happy to provide him with my personal insights.

“In this sport, everyone has their own path, and my role is just to be there and provide any knowledge and experience that I have for him. But, ultimately, he’s a man himself and I’m very proud of his progress and happy to be a big brother to him. I’m looking forward to his future and I’ll always be there to support him.”

It bodes well for the junior bantamweight that he has aligned himself with Zurdo Ramirez, which has opened and will continue to open doors for him as well as working with a bright up-and-coming young trainer like Chua.

Ramirez been very active so far, fighting 10 times in an 18-month pro career. Within a couple more fights he may be ready for a regional title.

Why he’s a suspect: A solid amateur foundation is big help but not always necessary. Ramirez has a professional style and a strong work ethic which has so far served him well.

Ramirez knows he has to stay in the gym and keep evolving his skill set.

Chua feels Ramirez is right where he needs to be at this point of his career.

“I think we are on the right track,” said the trainer. “The lessons he needs to learn is through experience. I would like to develop his left hand more, and sometimes he stands up too much. But, like I said, all of this has been addressed and he’s humble enough to fix them.” 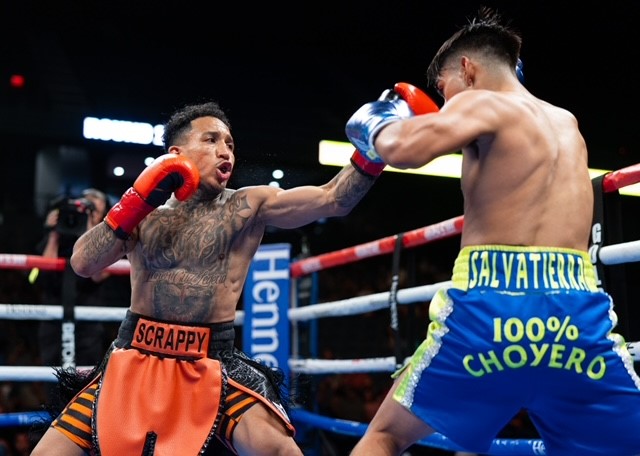 Storylines: Ramirez was born and raised in a broken home in Los Angeles.

“I went from my father to mother, back and forth,” he explained. “At age 8, I went to live with my father in Honduras, and that was one of the best experiences, living in a different environment and culture. It was so different. I’d be barefoot in the street playing soccer.

“At 12, I moved back to East Los Angeles with my mother. She worked to put food on the table. I had to man-up and figure out how to be a man. I had a life there but didn’t have my father. I figured that out, too. I survived and made it out.”

Although he didn’t have a boxing background, he played sports in school and feels that has to some degree helped him.

“I was grounded from football,” he said. “I kept going to school and pursued my dream, playing in Pop Warner competition, for Lincoln High school, and a year of college. I dropped out. I still wanted to play football, but school wasn’t my thing.”

When Ramirez walked away from education, his life lack direction. He tried to enlist in four different branches of the military but was rejected due to the tattoos on his body. It was at that point he found boxing in late 2017.

“The reason I got into boxing was I had a vision I would be world champion,” he said. “I loved boxing as a vision, and I do what I need to do in the process. I train hard and work with the media. I’m also an entertainer. I was meant to do what I’m doing.”

It hasn’t been easy but Ramirez feels he has good people behind him to support his journey.

“Freddie Roach paid for my two national tournaments, and I never had money to pay the gym membership,” he revealed. “This was meant for me. Then, I had an opportunity to make my pro debut under ‘Zurdo’ Ramirez.

“I asked Freddie Roach how long it takes to be a champion. He said 5 years and that stuck with me. I had an opportunity to train with champions under Freddie. Rob Peters worked the front desk at Wild Card. One day, he said I should pursue boxing as a career. He played a big part of my boxing career and he’s still part of my team.”

While he may be a few fights away from fighting for regional honor, he ultimately has big goals.

“(I want) to be No. 1 in my division, junior bantamweight,” he said. “I am going to be No. 1 and have all the world title belts at 115-pounds. Right after my last fight, I called out all the top fighters. I have nothing to lose, I came from nothing, and have everything to gain.”

Ramirez is fiercely dedicated to boxing, which plays a prominent role in his life.

“Boxing is my life, it’s all I know, and everything I do,” he said. “No off days, no time for distractions. I’m dedicated to getting better. This is my lifestyle, no seasons in boxing. I’m willing to sacrifice. I’m all in.