Josh Kelly returns to action on June 17 in Liverpool 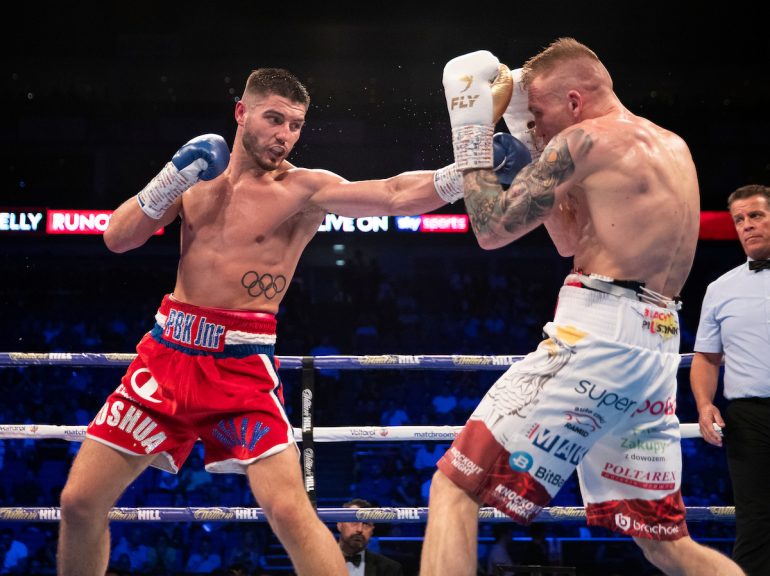 Kramer will enter the ring full of confidence off the back of a big win, and will be looking to seize the opportunity of taking a big name like Josh Kelly to push for another title challenge.

The momentum of his last fight will also be married alongside the additional experience of the 32-year-old Hungarian. Kramer has fought in Britain before, and can boast the greater ring experience with eight more fights and over 20 more rounds.

Kelly has previously expressed his readiness to shine having been out of action since February 2021, and Kramer could face the wrath of the rejuvenated “PBK”.

“I can’t wait to give Liverpool, the United Kingdom, and the world the chance to see Josh Kelly at his best again,” said Kelly.

“I’m ready to do whatever, and that starts with a dominant display live on Channel 5 in Liverpool. I can’t wait to give my fans, and all fans of the sport, a masterclass come fight night.”

Live on terrestrial television, Kelly will have the perfect opportunity to get back on track as he continues his pursuit on fulfilling his world title aspirations.

Kalle Sauerland, Head Of Global Boxing at Wasserman said: “Josh’s talent is assured in that ring, and the fighting city of Liverpool gets to host it. With over a million viewers on Channel 5 last time, the country will get the opportunity to witness a refreshed and ready ‘Pretty Boy’ Josh Kelly.”

Due to a shoulder injury suffered in training, Marcel Braithwaite has been forced to pull out of the British Super Flyweight Title Eliminator against Thomas Essomba.

Heavyweights collide as Nathan Gorman (18-1, 12 KOs) takes on Tomas Salek (17-3, 13 KOs) as part of a huge night of free-to-air boxing on Friday June 17 at the M&S Bank Arena. ‘Pretty Boy’ Josh Kelly (10-1-1, 6 KOs) also features alongside the professional debut of Aaron Chalmers and former Team GB fighter Chloe Watson (2-0) as she continues her undefeated start as a professional under the tutelage of Ricky Hatton, fighting over 6 rounds in the Flyweight division against Fara El Bousairi (5-2, 1 KO). The undefeated Paddy Lacey (2-0) and John Edwardson (2-0) will both be looking for wins in front of their home crowd, with Mason ‘Nutty’ Cartwright (17-3, 7 KOs) and heavyweight’s Hosea Stewart (2-0) and giant ‘Magic’ Matty Harris (2-0, 1 KO) also promising to provide Liverpool with more highlight moments. Promoted by Wasserman Boxing, live on Channel 5, in association with William Hill, Numan and Infinitum Entertainment.

Tickets are available via https://www.ticketquarter.co.uk/