On this day: Thomas Hearns robbed of victory in Sugar Ray Leonard rematch 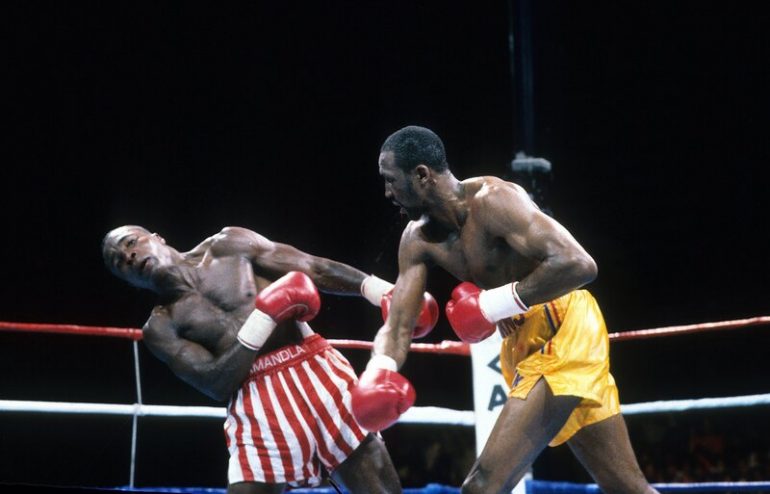 Hearns (right) dropped Leonard twice in a classic rematch. Photo from The Ring archive
12
Jun
by The Ring

It was perhaps the most sought-after rematch in world boxing, but when this battle of legendary five-weight world champions was over, all celebration turned to dismay.

On June 12, 1989, Thomas Hearns put forth the performance of his life against Sugar Ray Leonard at Caesars Palace in Las Vegas and appeared to have avenged a prior stoppage defeat. However, the official judges managed to concoct a split decision draw, with both fighters receiving a 113-112 tally before the decisive 112-112 tie.

Hearns, who brought the then-lightly regarded WBO title into the bout, dropped his rival twice, in the third and 11th rounds, and out jabbed him in several other sessions. A prohibitive pre-fight underdog, the 30-year-old Hearns turned back the clock with a far more polished display than he’d offered against James Kinchen in his title winning effort seven months earlier.

Leonard, 33, entered as the WBC titleholder, and he did enjoy plenty of success. “The Sugarman” stunned Hearns in the fifth and 12th rounds and punished him heavily. He just couldn’t produce the stoppage that he’d pulled off in their undisputed welterweight championship fight, which was held at the same venue on September 16, 1981.

The crowd voiced their displeasure when the decision was announced and the result became a black eye for the sport. Years later, a gracious Leonard would admit, with Hearns present, that he lost the fight.