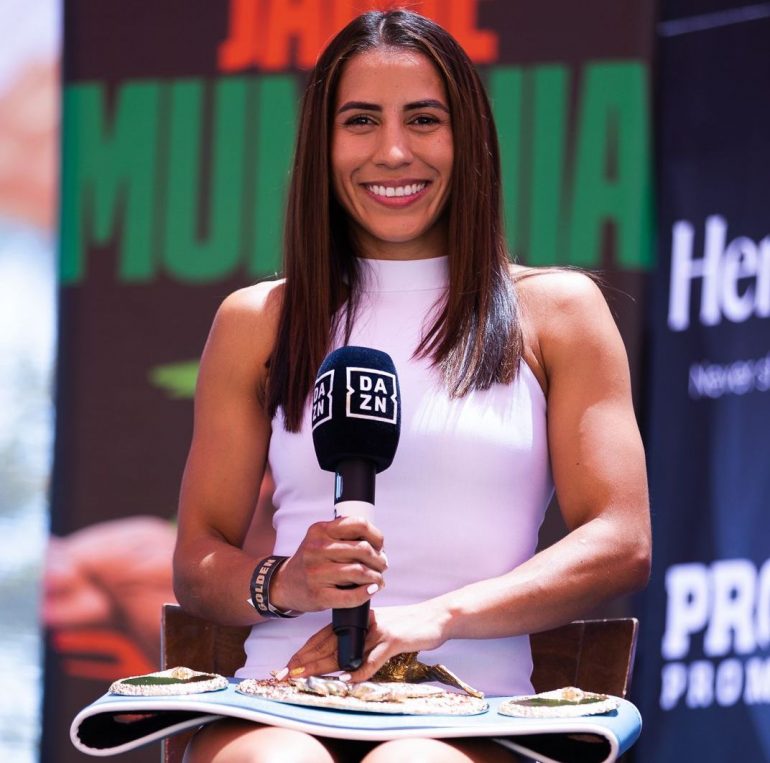 ANAHEIM, Calif. – Yokasta Valle’s United States debut was a successful one, defeating Lorraine Villalobos by unanimous decision Saturday night on the undercard of the Golden Boy Promotions card at the Honda Center.

All three judges scored the bout 100-90 in favor of Valle, who improves to 25-2 (9 KOs). With the win over Villalobos, Valle successfully defended her IBF Female world strawweight title for the fifth time.

The taller Valle, who is originally from Matagalpa, Nicaragua and now resides in San Jose, Costa Rica, dominated most of the fight by utilizing her reach to keep Villalobos at distance. She was also effective by moving in, land mostly two-punch combinations and out to avoid Villalobo’s punches.

By the middle rounds, Villalobos’ punch output dropped. She was still game, but was mostly throwing arm punches that had very little effect, whenever she was able to connect a punch onto Valle.

During the later rounds, Villalobos seemed to find a second wind, finding success by landing lead or counter right hands that landed on Valle’s face. Anytime she rallied, Valle was able to swing momentum back her way by outboxing Villalobos.

Valle decided to stand in the pocket during the final round and exchange combinations with Villalobos until the final bell.

The 29-year-old Valle, who is ranked No. 3 by The Ring at 105 pounds, recently signed a co-promotional deal with Golden Boy Promotions. She has fought recent fights on MarvNation Promotions cards.

In the opening bout of the DAZN telecast, Carlos Ortiz pulled off the upset win, knocking out junior middleweight prospect Evan Sanchez in the fifth round.

Both southpaw fighters were aggressors from the opening bell, standing in the pocket and throwing hooks and crosses. The shorter-Ortiz continued to stay on the inside, willing to connect with one punch despite receiving hooks flush to the head from Sanchez.

The pace of the fight slowed over the next couple of rounds as Sanchez began fighting more from distance. Sanchez was getting the better of the exchanges even as Ortiz wanted to close the distance.

Midway through the fifth round, Ortiz found himself in the pocket again and was able to draw Sanchez into exchanges. Later in the round, Ortiz landed a sweeping left cross that staggered Sanchez against the ropes. Moments later, a barrage of punches dropped Sanchez flat onto his back. Referee Thomas Taylor counted Sanchez out at 2:59.

Ortiz had entered the Sanchez fight having lost four of his previous five bouts, two of them against welterweight prospects Blair Cobbs and Alexis Rocha.

Sanchez, who resides in Parlier, California, drops to 11-1 (6 KOs). He is promoted by Golden Boy and managed by Joel De La Hoya.