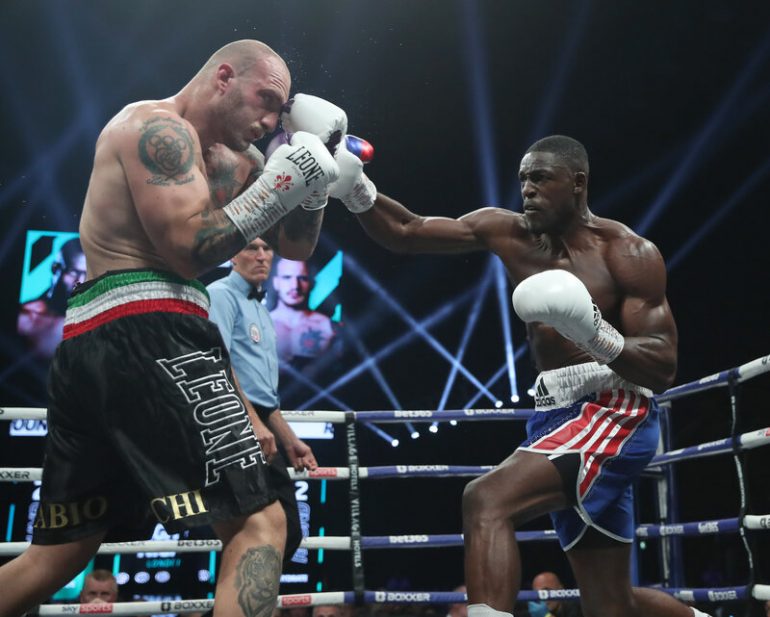 Cruiserweight Richard Riakporhe maintained his unbeaten record with a devastating second-round body-shot knockout of Fabio Turchi at the Wembley Arena in London on Saturday. The official time was 1:53.

Riakporhe, a former British champion, used the perimeter of the ring and boxed cautiously from the opening bell. That all changed in the second when he broke the Italian’s guard with a right uppercut and slotted home a brilliant left hook to the liver. There was a delayed reaction before Turchi sought refuge on the canvas in clear distress. The visitor made it to his feet, but his corner rushed into the ring and surrendered their man before the action could continue.

Turchi (20-2, 14 KOs) probably took the opening session by attacking the body out of the southpaw stance and scoring with one memorable right hook to the head, but all of his success was academic.

“I think I’m the new body snatcher,” Riakporhe (15-0 (11 KOs) told Sky Sports during his post-fight interview. “There were a few spots that I was trying to target, but obviously you have to be intelligent. My coaches are amazing, Robert Garcia and Angel Hernandez, and we just had a simple plan.”

This fight was an eliminator for the IBF title which is currently held by Ring Magazine champion Mairis Briedis.

Riakporhe, 32, from London, elected to call out “every single champion.” 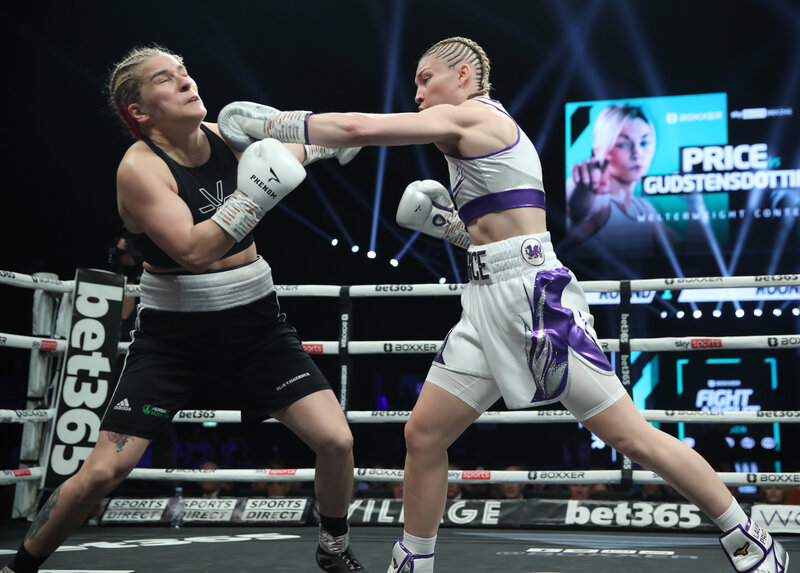 Olympic champion Lauren Price had a successful professional debut, easily outboxing Valgerdur Gudstensdottir over six rounds at welterweight. Referee Mark Bates was the lone scorer and had it 60-54.

Price, who hails from Newport, Wales, moved well, maintained her shape and scored with sharp flurries throughout. Gudstensdottir gamely attempted to close the gap, but she was outmaneuvered and outpunched by the 27-year-old lefty who is being groomed for stardom.

Zak Chelli picked up the English super middleweight title by scoring a 10-round unanimous decision the previously unbeaten Germaine Brown. The official scores were 98-92, 99-93 and 97-94.

The action was even early but Chelli began to put his punches together at the midway point and upped the pace. Brown struggled to keep up and was unable to temper his opponent’s forward march. Chelli closed very well and earned the decision. He improves to 12-1-1 (6 KOs) and Brown drops to 13-1 (3 KOs).

The most spectacular knockout of the night was delivered by cruiserweight Viddal Riley, who took out Jone Volau in 51 seconds of the opening round. Riley 6-0, 3 KOs) moved to his right as Volau rushed him before releasing a powerful left hook to the head. Referee Sean McAvoy stopped the schedule six-round bout without completing the count.