A world title opportunity against middleweight titleholders Jermall Charlo and Gennadiy Golovkin, or even an all Mexican showdown with undisputed super middleweight king Canelo Alvarez is what drives him.

First, however, Munguia has to punch his past Jimmy Kelly at the Honda Center in Anaheim, California, on Saturday. The 12-round bout will headline a four-bout DAZN stream (8 p.m. ET/ 5 p.m. PT).

The clash between Munguia and Kelly will be fought at a contracted catch weight of 165 pounds. At Friday’s weigh-in, Munguia came in at 165 pounds, while Kelly tipped the scale at 164 pounds.

Munguia (39-0, 31 knockouts) last fought on February 19 in his hometown of Tijuana, stopping D’Mitrius Ballard in the third round. In his previous fight, on November 14, Munguia fought at the Honda Center, defeating Gabriel Rosado by unanimous decision.

The 25-year-old is an overwhelming favorite to defeat Kelly, who is coming off an impressive majority decision victory over Kanat Islam on February 25. While Munguia may feel obligated to give the fans at the Honda Center an action fight, being victorious is paramount.

“Truthfully, I have a lot of respect for [Kelly],” Munguia told The Ring earlier this week. “That’s why we’ve worked very hard in the gym. We saw that he defeated Kanat Islam. We had wanted to fight Kanat (before he fought Kelly). As always, I think it will be a great challenge for me. That’s why we came into this fight prepared at 100 percent.

“We were very pleased with our last fight at the Honda Center. I think fight fans walked out of there in good spirits due to the action in the ring between myself and Gabriel Rosado. As always, I give my best to give the fans a great performance.” 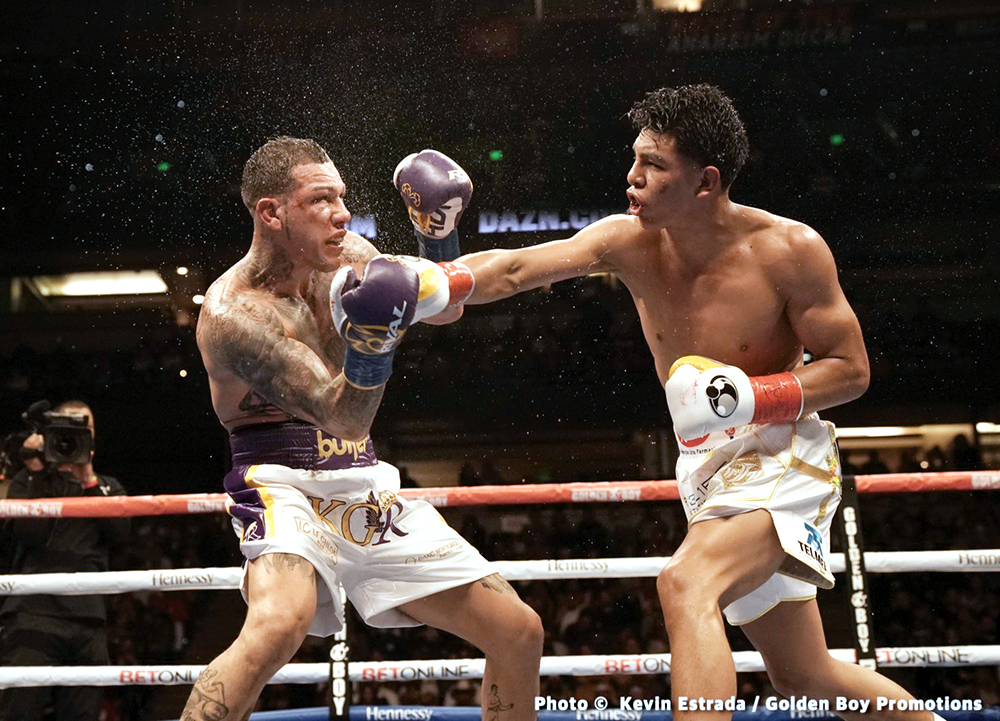 Back in early March, it looked as though Munguia had lined up a fight against WBC middleweight titleholder Jermall Charlo. A verbal agreement was reached for that fight to take place this month. However, plans unraveled  due to a disagreement between Golden Boy and Zanfer Boxing, which co-promotes Munguia, and Premier Boxing Champions (PBC) and Showtime, which are aligned with Charlo. Golden Boy wanted DAZN, which has an exclusive deal to stream Golden Boy cards, to be involved in the US broadcast, but Showtime balked, insisting streaming rights should only include Mexico and the rest of Latin America.

Munguia still holds out hopes of meeting Charlo in the ring.

“If the fight does get made, I think it will be a great fight,” said the former WBO 154-pound titleholder. “It would be a duel between unbeaten fighters. It would be a great spectacle for the fans. We will do our best to make that fight happen.

“After this fight [against Kelly], we’re going to look for the biggest names in the sport. I would like to fight for a world title belt by the end of the year. In reality, that’s what we’ve been looking forward to all along. We’ve been excited about that. We’re ready for any of the big names in the sport.”

While Munguia awaits the big one, the young Mexican star will focus on impressing against Kelly and he remains confident that fans are yet to see the best of him.