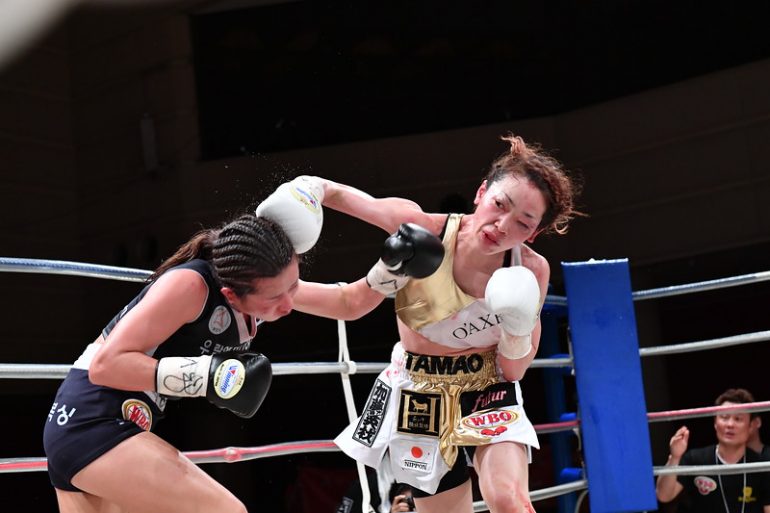 In a quiet week on the women’s boxing front, one fight from a returning boxer grabbed the attention of our panel.

Japan’s Tamao Ozawa made a comeback after giving birth to her first son in June 2021 at the age of 36, and edged WBO junior bantamweight titlist Miyo Yoshida by split decision to grab the title, and with it, her way into The Ring’s ratings in her division.

Ozawa entered at No. 5 displacing Mexico’s unbeaten contender Adelaida Ruiz. Quality of opposition, as well as her achievement of lifting up a belt at the age of 37, is what tilted things towards Ozawa in the minds of the panel.

“Giving birth within a year and taking the belt from Miyo Yashido’s first title defense. I’m good with the new champ Tamao Ozawa moving to No. 5 and keeping an eye out for what Adelaida Ruiz has coming,” said Beautiful Brawler’s Lupi-Gutierrez Beagle, while Japan’s Yuriko Miyata contributed with a healthy dose of skepticism by saying that “Ozawa dominated the fight with much sharper jabs and tactics to beat Yoshida clearly, but I don’t think she can beat Adelaida. But I am fine to welcome the new WBO champion to the Top 5.”

Elsewhere in the 115-pound division, longtime queen Lourdes Juarez scored a win against Argentina’s Debora Gomez to stay busy and keep a firm control of the division, in which she reigns supreme as our No. 1 while she waits for a worthy challenge to grab what would be The Ring’s still-vacant inaugural junior bantamweight championship.

“At 35-years-old, Juarez has a shot at 45 career wins before her career ends,” said Jones, while Argentine writer Yesica Palmetta argued that “Lourdes had a rival who managed to bring the fight to her. Gomez is a warrior.”

Also, Slovenia’s Ema Kozin had a win against perennial gatekeeper Silvia Szabados in the junior middleweight division, but the panel decided to keep her rated at middleweight instead, where she is rated at No. 3 after spending most of her recent career at that weight.