Esteban Bermudez: Kyoguchi is one of the toughest fighters out there 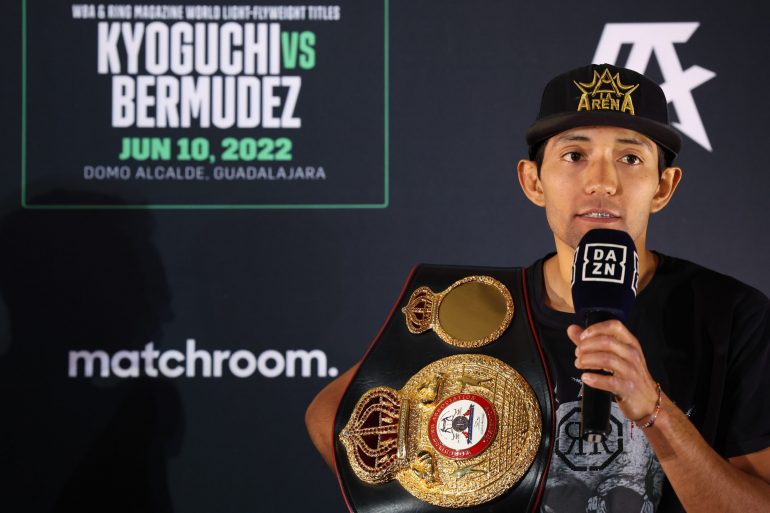 As a full-time boxer looking for the best opportunities out there, Mexico’s Esteban Bermudez couldn’t have asked for a better opportunity: fighting for a title in front of his people in Mexico against an unbeaten champion.

He fought, and he won, upsetting defending champion Carlos Canizales in stunning fashion, sending the Venezuela-born titlist to the canvas towards the end of the sixth round before stopping him with 23 seconds left in the round after trailing in all scorecards during the entire fight back in May 2021.

Hardly, since this is boxing, of course, and the WBA is involved to boot. Months later, the organization ordered Bermudez to face their “super” champion as part of their ongoing efforts to clean up their own very profitable mess, and now Bermudez (14-3-2 10 KOs) will attempt to “consolidate” his version of the title with the one held by Ring champion Hiroto Kyoguchi (15-0 10 KOs) at the Arena Coliseo in Mexico City, Mexico on Friday June 10, in the main event of a card to be broadcasted live worldwide on DAZN.

“I am very happy for this opportunity,” said Bermudez, in a phone interview. “It motivates me a lot to fight in front of my people.”

Bermudez was clearly the underdog against Canizales in their first encounter, and he will clearly be the underdog now as well. Rated No. 7 by The Ring, Bermudez is in a good place to enter the ring harboring strong hopes of scoring a career-defining upset, but the odds are stacked against him.

He hopes to repeat his career-best performance so far, and then some.

“No one believed in me, but my family and my team did,” said Bermudez, recalling also an early stoppage loss that almost derailed his career completely and one that he remembers every time he faces fearful odds. “Right now, I am living the dream, and doing it with all my strength. My knockout defeat was not the worst time in my career, but I learned a lot from that moment on, and I became twice as strong. And now I am a world champion.”

Kyoguchi will be risking the belt he took from South Africa’s Hekkie Buddler in December 2018 for the fourth time, and he is coming off a win over Axel Aragon Vega in Dallas in March 2021 that ended with an injury-induced stoppage the fifth round. The Japanese fighter, who previously defended the titles in successive points wins over Tanawat Nakoon and Tetsuya Hisada in June and October of 2020 in his homeland, fights in Mexico for the first time in the paid ranks and does so against a hungry contender.

Bermudez believes that Kyoguchi’s hunger will make for a great fight, and that this situation will play to his advantage.

“I believe the fight will be great up there in the ring,” said Bermudez. “We are both in our primes, so the main thing will be the preparation that we had.”

Beating Canizales was the highest point of his career, but Kyoguchi is in a different class altogether. Bermudez knows it, and he knows how this raises the stakes for this bout. 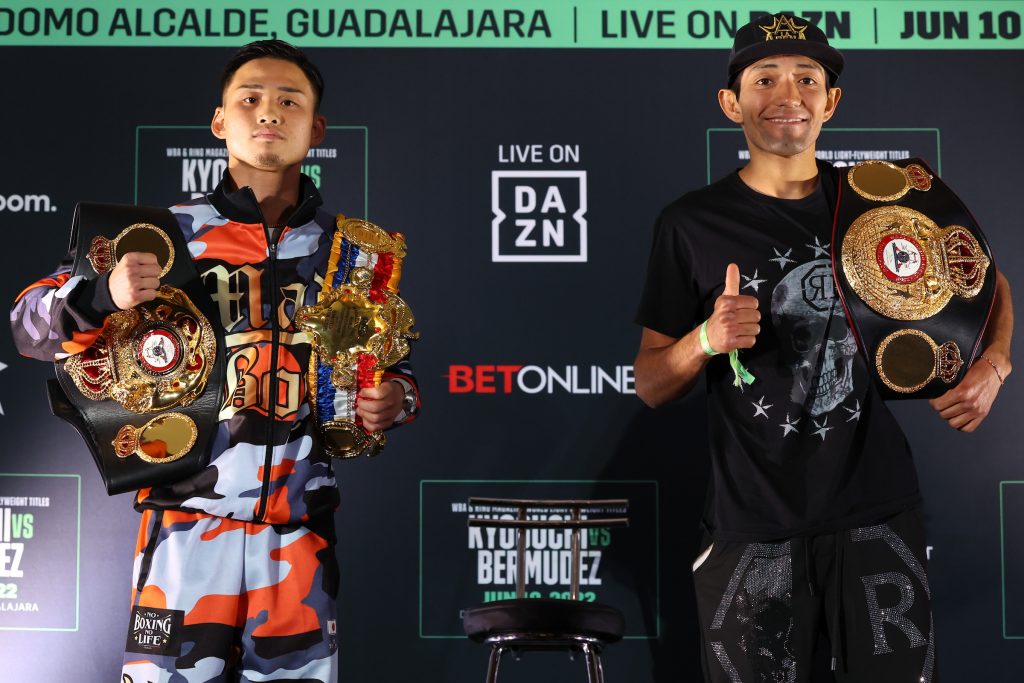