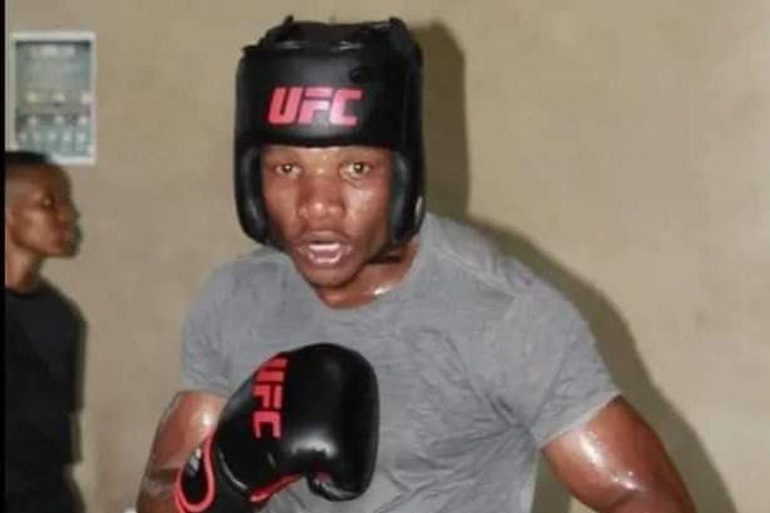 Simiso Buthelezi, the lightweight who went into a coma after a bizarre and scary scene Sunday night in Durban, South Africa, passed away, it was announced Wednesday.

The news was confirmed by Boxing South Africa, who released a joint press release with the Buthelezi family.

“It is with great sadness for Boxing South Africa and the Buthelezi family to announce the passing away of Mr. Simiso Buthelezi, who passed away last night the 7th June 2022 at (a) hospital in Durban.

Buthelezi was facing Siphesilhe Mntungwa in a 10-round bout at the Greyville Convention Centre in Durban on a Starline Boxing Promotions card. The video of what happened that night has now gone viral.

The action was competitive throughout the fight and, during an exchange in round 10, Buthelezi threw a left-right combination at Mntungwa that backed him up against ropes. Mntungwa would fall through the ropes and onto the outer edge of the canvas. After the action resumed, Buthlezi turned to his right and flailed a left hook and a right cross at an invisible target. Buthelezi continued moving forward and throwing punches until the referee stepped in to stop the fight.

After the fight, Buthelezi collapsed and was taken to hospital, where it was discovered Buthelezi suffered a brain injury that resulted in internal bleeding.

Boxing South Africa announced in the release that it “will conduct an independent medical review of the injury and will make public the results of that medical review.”

Manager and trainer Colin Nathan, who was ringside providing color commentary for the South African Broadcasting Corporation (SABC), was distraught from what he witnessed Sunday night.

“I’ve seen some pretty crazy stuff for boxing,” Nathan told The Ring Tuesday morning. “But that has to be probably one of the worst things I’ve ever seen. That’s just so freaking scary. Just praying that this kid makes it. It’s just so bizarre and horrible.”

Sadly, Buthelezi took a turn for the worse and succumbed to his injury.