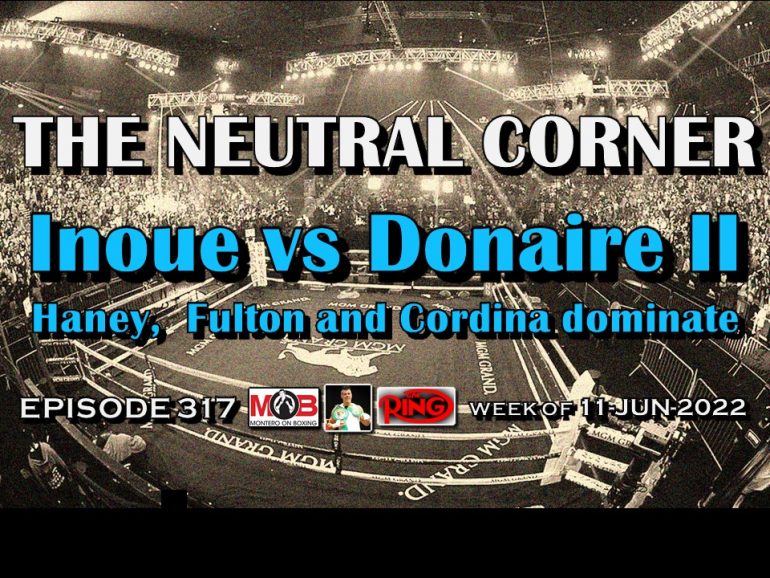 On episode 317 of The Neutral Corner boxing podcast, host Michael Montero gave his thoughts on a potential showdown between Terence “Bud” Crawford and Errol “The Truth” Spence.

According to reports, both sides are close to signing a deal for an October fight that would lead to an undisputed welterweight champion. The super fight, which has been highly-anticipated by fans for years, could also crown a new pound-for-pound champion.

The last few days have featured great action from around the world.

On Saturday, June 4 in Minneapolis, Minnesota, Stephen Fulton successfully defended his unified junior featherweight with a dominant unanimous decision win over Daniel Roman. Fulton improved to 21-0 (8 knockouts) by pitching a virtual shutout in the PBC on Showtime main event.

On Sunday, June 5 in Melbourne, Australia, Devin Haney became the undisputed lightweight champion of the world with a unanimous decision win over George Kambosos. Haney’s jab and technical skill set were simply too much for the Aussie. The card was broadcast on ESPN Saturday night.