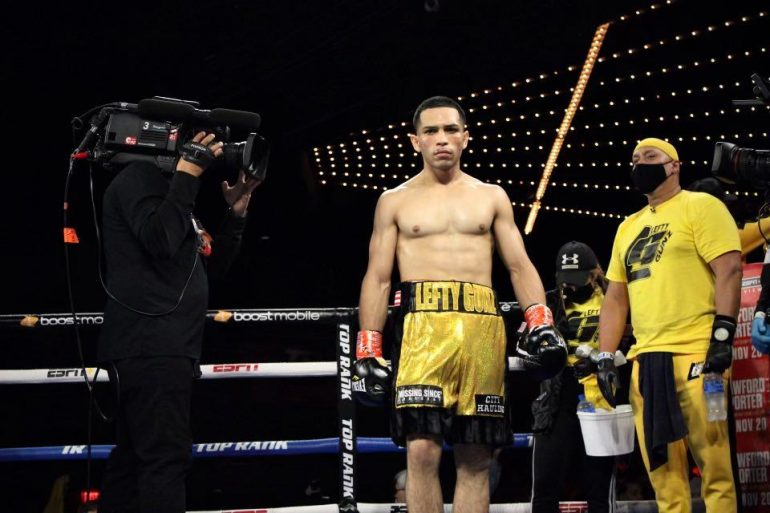 Mathew Gonzalez will headline a hometown card on Friday, June 24 when he faces an opponent to be named in a six-round junior welterweight bout  the Amazura Concert Hall in the Jamaica section of Queens, N.Y.

Gonzalez (12-0-1, 8 knockouts), who grew up and resides 15 minutes from the venue in the Ridgewood section of Queens, will be fighting for the first time since being held to a draw against Dakota Linger on the Top Rank promoted card headlined by Jose Zepeda vs. Josue Vargas at Madison Square Garden last October.

The 27-year-old southpaw was a standout as a junior olympian, winning the Junior Golden Gloves nationals and Ringside championships before turning professional at age 21.

“Being able to headline where I come from is definitely an honor. A lot of people can’t say that they’ve done that. I’m looking forward to putting on a show for my hometown people,” said Gonzalez, who has had several fights fall out in recent months.

The show is the fourth from Erez David’s One For All Promotions. David says he feels “Lefty Gunz” has the ability to break out of the local club scene and become a contender.

“I personally really like this kid. He’s a true gentlemen, helps the kids in the gym and the community. Lefty is steadily improving and looks to be a threat in the junior welterweight division,” said David.

McCrory, a multiple time Irish national amateur champion, had been scheduled to make his U.S. debut on the St. Patrick’s Day card in 2020 at Madison Square Garden before the pandemic canceled the show.

Former National Golden Gloves champions Orville Crooks (2-0, 1 KO) and Trudy Li will also appear on the card in separate bouts. Li, the reigning 141-pound champion from Bay Ridge, Brooklyn, will face Najma Isike (2-1) of Tanzania in a junior lightweight bout in her pro debut, while Crooks, who won the 178-pound national title in 2021, will face an opponent to be named.

The card will also feature Polish prospects Justyna Walas and Maciej Jozwik, both of whom are managed by Lukasz Kownacki, brother of heavyweight boxer Adam Kownacki, plus James Wilkins.

The card will be streamed live on bxng.com and will feature former middleweight contender Curtis Stevens on commentary.