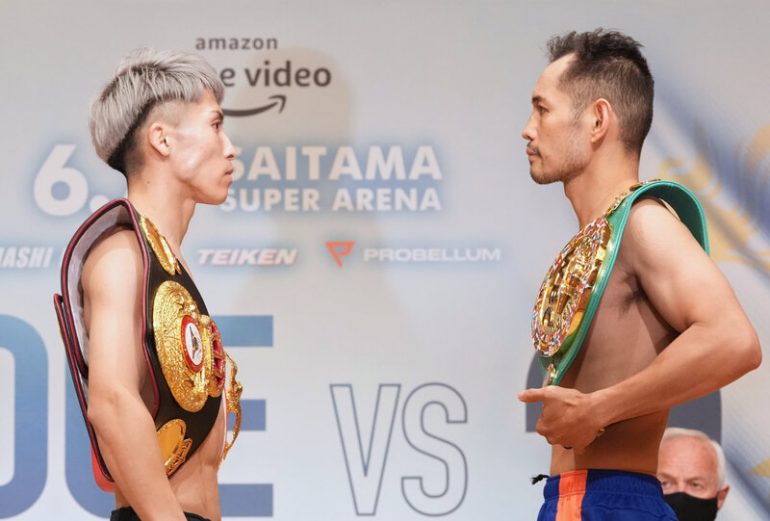 Naoya Inoue (left) and Nonito Donaire are ready to go at it again. Photo by Naoki Fukuda
06
Jun
by Tom Gray

Naoya Inoue and Nonito Donaire have weighed in successfully for Tuesday’s eagerly anticipated bantamweight unification showdown which, like the first fight, will take place at the Super Arena in Saitama, Japan.

Donaire, holder of the WBC title, looked slightly more drained than his foe at 117.7, but we’ve seen this before. The multi-weight world champion, now 39 years old, always looks the part on fight night and that’s what counts. Since the Inoue fight, Donaire has wrenched the title he now holds from Nordine Oubaali (KO 4) and defended once against Reymart Gaballo (KO 4). 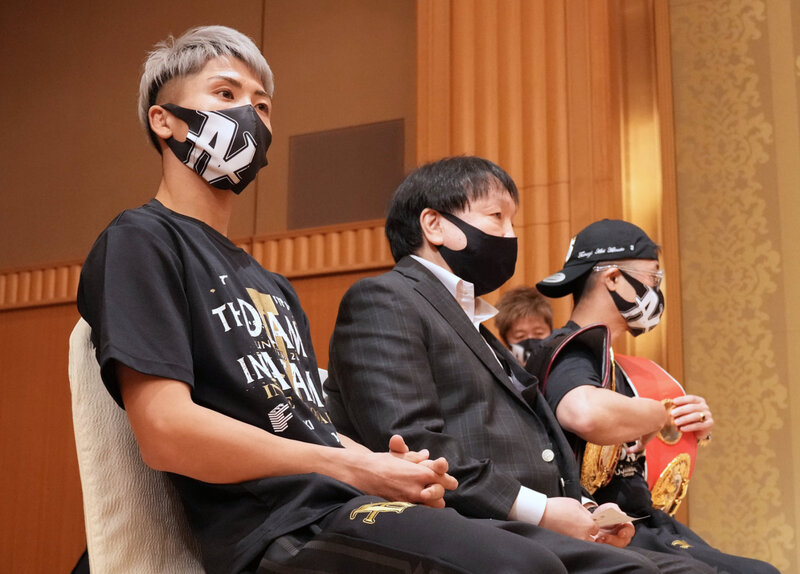 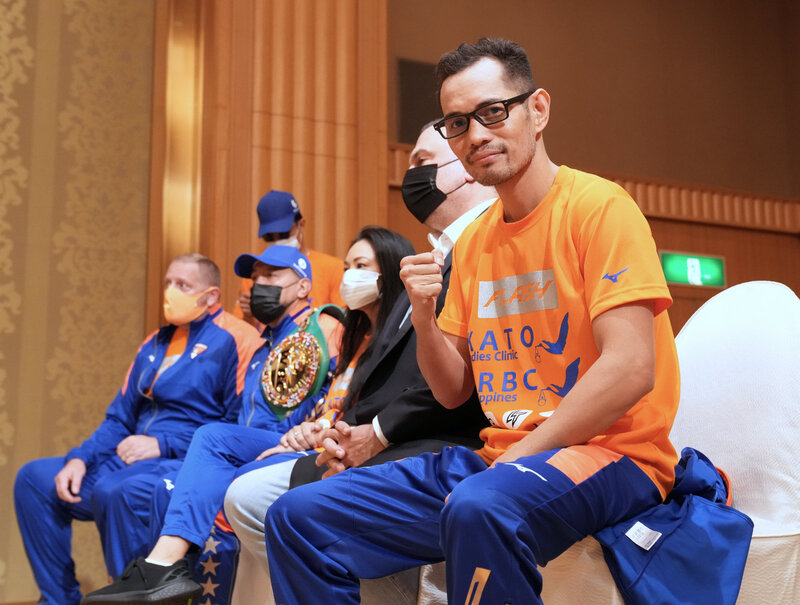 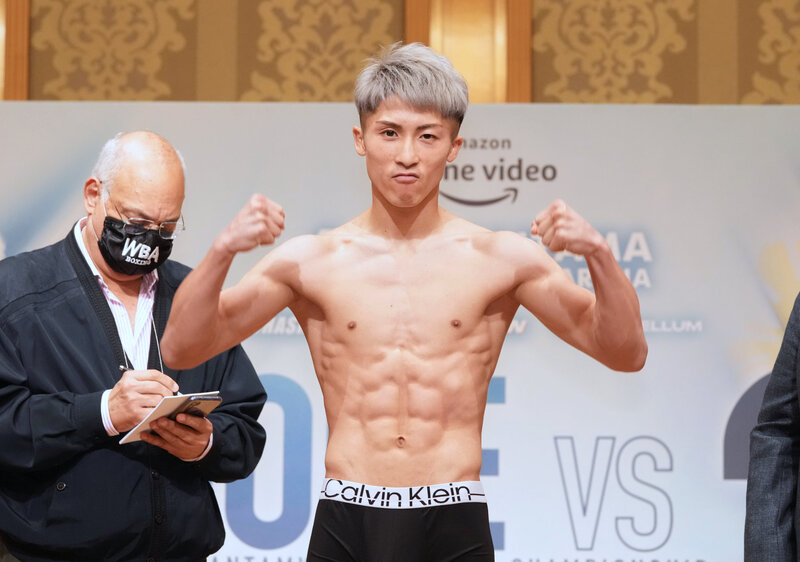 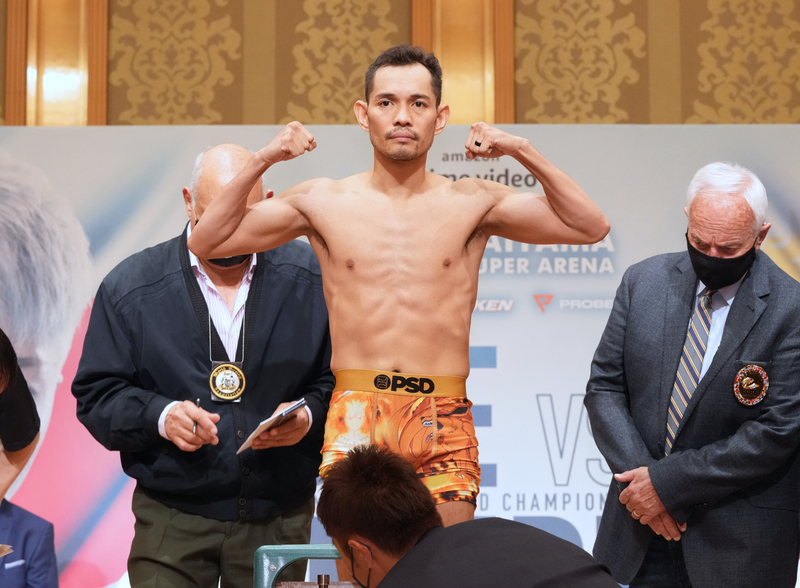 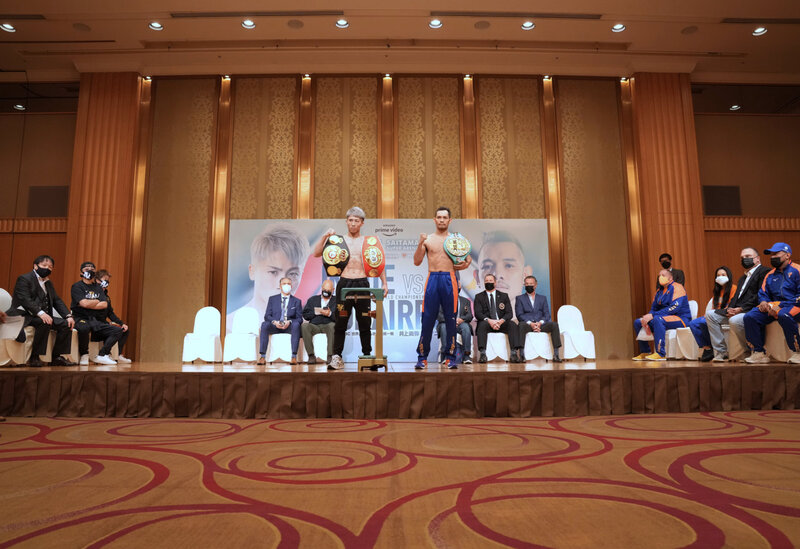 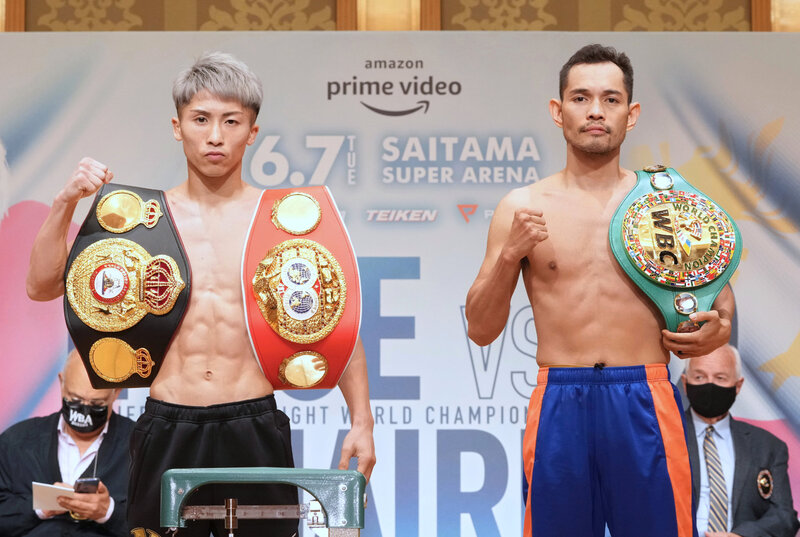 Inoue-Donaire 2 will be broadcast by ESPN+ in the U.S. and U.K. fans can view the fight on Top Rank’s YouTube channel.