Stephen Fulton makes a statement on who’s No. 1 at 122 against Daniel Roman 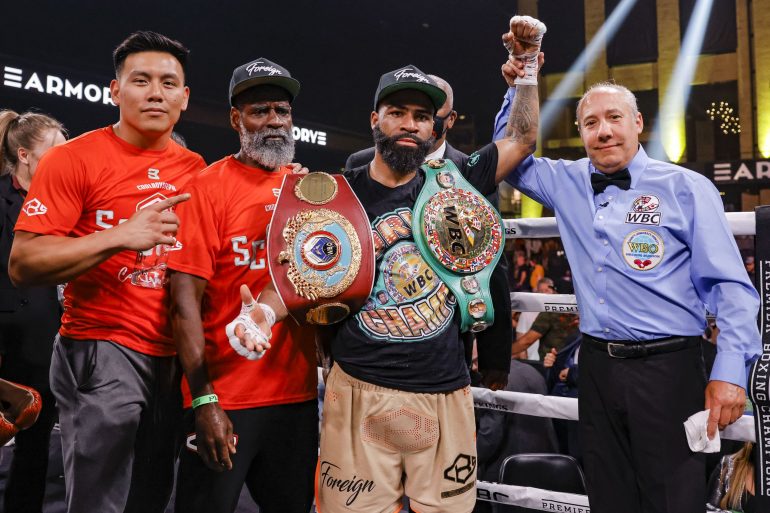 He didn’t run around bare-assed naked as he promised, but Stephen “Scooter” Fulton emphatically outclassed Daniel Roman to solidify his claim as the top of the 122-pound division on Saturday night at The Armory in Minneapolis, Minnesota. Fulton-Roman as the main event of a Premier Boxing Champions event televised live on Showtime.

Fulton (21-0, 8 knockouts), The Ring’s No. 1-rated junior featherweight who retained his WBO/WBC titles, also made a case for pound-for-pound consideration after a dominant unanimous decision over Roman.

Anything Fulton wanted to do, he did against the formidable Roman (29-4-1, 10 KOs). It translated into shutout 120-108 scores from judges Mike Fitzgerald and Patrick Morley and 119-109 from judge Nathan Palmer.

Fulton set the stage for a showdown against IBF/WBA junior featherweight titlist Murodjon Akhmadaliev (“MJ”), The Ring’s No. 2-rated 122 pounder, for the undisputed world championship.

“I made a hell of a statement tonight,” Fulton said. “I prepared for this and I told y’all I was going to make it easy and fight depending on how I wake up, and I woke up feeling good.

“It was very important to control the distance tonight. Like I said before in the last outing with Brandon Figueroa, I didn’t have the energy because I didn’t make the weight the right way. So, shout out to my dietician.” 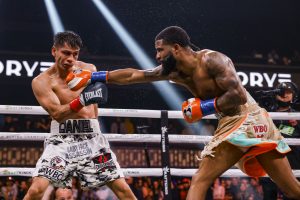 What Fulton also did was put himself on the map in regards to top-10 pound-for-pound consideration. He dominated Roman like no one previously had.

“I’ve been in the top-10 pound-for-pound,” Fulton said. “I don’t care what their list says. I’ve been top 10. I’m the only fighter that became world champion in 2021 and then unified at the end of the year. I fought four undefeated fighters back-to-back-to-back. Two of them were world champion. Nobody did that. Nobody. And I was in the fighter of the year contest along with Canelo (Alvarez), and I’m at the smaller weight class.

“You already know what’s next. I want [Murodjon Akhmadaliev]. I got to finish this up. But much respect for Danny Roman. Much respect.”

Roman, The Ring’s No. 3 contender at 122 who lost the belts by split-decision to Akhmadaliev (“MJ”) in January 2020, conceded afterward who the best in the division is.

“There’s no excuse. I think this fight proves who the best 122-pound fighter in the division is,” Roman said. “Fulton did that tonight. He proved it. I wish him the best and I hope he goes and achieves what I couldn’t achieve. Go become undisputed. Like I said, this fight proved who is the best in the division. Fulton was the better man tonight.

Fulton fought in the center of the ring, using an effective jab, while Roman tried to cut off the ring and use body shots to slow down the faster Philadelphia fighter.

Each time Roman neared, Fulton popped him with a left hook or a lead right. Round-after-round, Roman tried cutting off the ring or cornering Fulton to no avail. Fulton used distance well when he did box in the center of the ring. Roman could not do anything with Fulton when the two were in the center of the ring. Between the seventh and eighth rounds, Roman’s trainer, Eddie Gonzalez, told him he was down on the cards.

In the latter portion of the fight, Fulton stood flat-footed and exchanged with Roman.

“Any moment he had, I took it right away from him,” Fulton said. “I neutralized the threat. I started walking him down because I saw that he had been slowing down. I feel like the more I kept boxing, the more I just got a little tired of boxing. Me trying to walk forward to him wasn’t going to happen all the time, but I definitely saw him slowing down. I wanted to stop him but I didn’t get that.”

“I want to thank my trainer Ronnie Shields who did an excellent job today,” Morrell said. “That’s what our game plan was, to be concentrated and if I didn’t get him by the end of the first round, I was looking to get him in the later rounds. 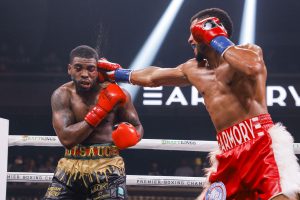 Henderson was so pounded in the third that referee Luis Pabon had to escort him back to his corner.

“We’re good. It’s part of the game. I got cut, but I feel good otherwise,” Henderson said. “We knew that he wanted to come out strong like he did, but we wanted to show that his punches weren’t doing anything. We were picking off most of those shots. We were trying to wear him out, and the game plan was working but he landed some shots and the referee called it.

“We knew he had high energy, that coming from the amateurs he had a fast-paced style, but we tried to wear him out and finish him in the later rounds. Unfortunately, I’ve been hit harder. Even though his punches were heavy, it wasn’t anything that was really that heavy. I just got caught with some punches and the referee called it.”

Morrell proved he is an elite 168-pounder.

“I promised my brother a stoppage in rounds one through five. Promise fulfilled! And with a round to spare in the fourth. I’m looking at my phone now and I’m seeing all the messages from my family. That’s what this is all about for me.

“It’s David Benavidez, it’s Caleb Plant, it’s Anthony Dirrell. It’s whoever wants to get in the ring with me. I’m ready for any of them.”