On this day: Ricky Hatton dethrones Kostya Tszyu in Manchester 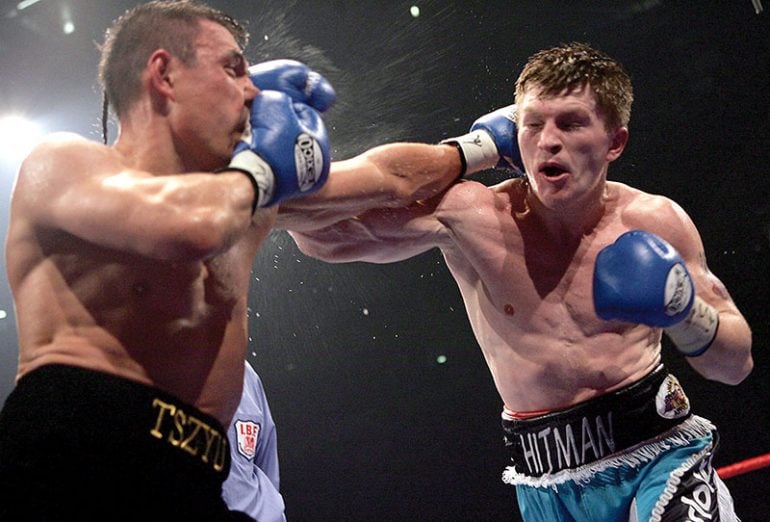 What an occasion this was.

Hatton, who annexed Ring and IBF 140-pound titles, entered the bout as a significant underdog and produced the result of a lifetime. In truth, it was a messy affair, but the home fighter employed the tactics required to win and that’s what counts.

The challenger maintained a torrid pace and continually took away Tszyu’s punching room by staying on top of him and draining his energy on the inside. A savage body attack and hooks from both sides put Tszyu back on his heels and the great champion struggled to find worthwhile counters.

Both fighters were admonished for savage low blows in the eighth round, but it was Tszyu who got the worst of it. Hatton continued to go through the gears in the championship rounds and at the end of the 11th, Tszyu’s chief second, Johnny Lewis, elected to throw in the towel.

This was the final fight of Tszyu’s illustrious Hall of Fame career and the beginning for Hatton, who would unify at 140 pounds by capturing the WBA crown (Carlos Maussa KO 9) as well as a version of the welterweight title (Luis Collazo UD 12).