On this day: Thomas Hearns turns back the clock against Virgil Hill, claims WBA 175-pound title 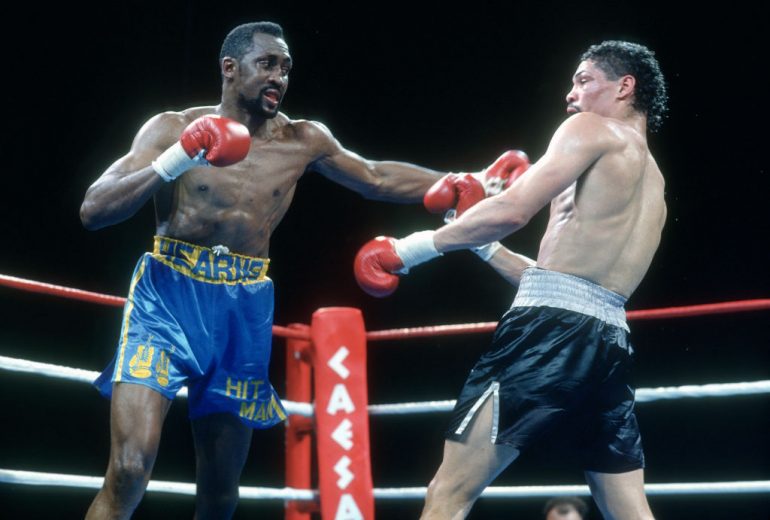 On June 3, 1991, Thomas Hearns wrenched the WBA light heavyweight title from long-reigning champion Virgil Hill via 12-round unanimous decision at Caesars Palace in Las Vegas. The official scores were 116-112, 115-113 and 115-113.

Hearns, 32, was long past his best and many felt that he was ready to be taken. Hill, 30-0, was six years his junior, an Olympic silver medalist from the 1984 Los Angeles games, and he’d made 10 world title defenses. As a result, the defending champ was a 2 ½ to 1 favorite coming in.

The bout turned into a classic boxing match. Hill’s best punch was a rapier left jab, but Hearns was possessor of the finest stick in the business and beat the champ to that punch over and over again. And when Hill got too close, as was the case in a wild ninth round, he was blasted by Hearns’ signature weapon – a pulverizing straight right.

Emanuel Steward, the long-time trainer for Hearns, had parted ways with “The Hitman” before this bout. Hearns was trained by former Kronk coach Alex Sherer for what would be the final world title win of his storied career.

Hill, who would go on to enjoy more world title success, was trained by Freddie Roach.