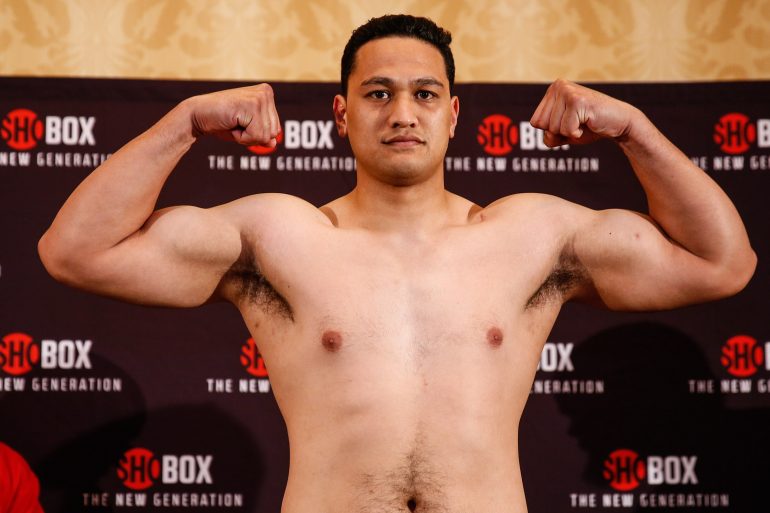 MELBOURNE, Australia — Junior Fa has had more than a year to think about his first professional defeat to Joseph Parker. It was his first big step-up fight, and an opportunity to display how ready he was for the top level of the division.

Fa came up short, losing a unanimous decision, but has the chance to show how much he has grown since then when he faces Lucas Browne this Sunday (Saturday U.S. time) at the 55,00-seat Marvel Stadium in Melbourne, Australia.

“We have worked on the things that we did do wrong and I’m gonna just display what I’ve learned in the past year because it’s been a year since I last fought.”

Fa says that lockdowns in New Zealand due to the Delta variant is why he hasn’t fought in over a year but the 32-year-old likes the fact that he’s returning on a major platform, fighting on the televised portion of the undisputed lightweight championship fight between George Kambosos Jr. and Devin Haney, which will be shown live on ESPN in the United States.

“I think this is the perfect opponent after my last fight. This is a bigger stage than what a normal loss would give you so this is a big stage,” said Fa.

“He’s good, he still has his power, he’s still a threat to the heavyweight division as we saw in his last fight. He knocked someone out that he was supposed to lose against. He’s still there but I’m gonna put my best foot forward.”

A solid win would reestablish Fa as a rising contender at a time when the heavyweight division is in great flux. Tyson Fury, The Ring’s champion at heavyweight, has stated that he will be retiring, while Anthony Joshua will be trying to regain his unified titles in a rematch against Oleksandr Usyk.

Fa wants to be in that mix, sooner than later.

“It’s a bit of a weird time now in the division because it’s a bit scrambled. Of course there’s Tyson Fury who is at the top but he’s saying he’s going to retire which is hard to believe. You’ve got Usyk who is tied up with Joshua. I feel like any of those names will do for me,” said Fa.

“I do this for the big fights, the big names and one day I believe I’ll get them. After my win on Sunday if I do it in great fashion, I feel I will get one of the names.”