Women’s Ratings Update: Enriquez returns to flyweight, enters at No. 3 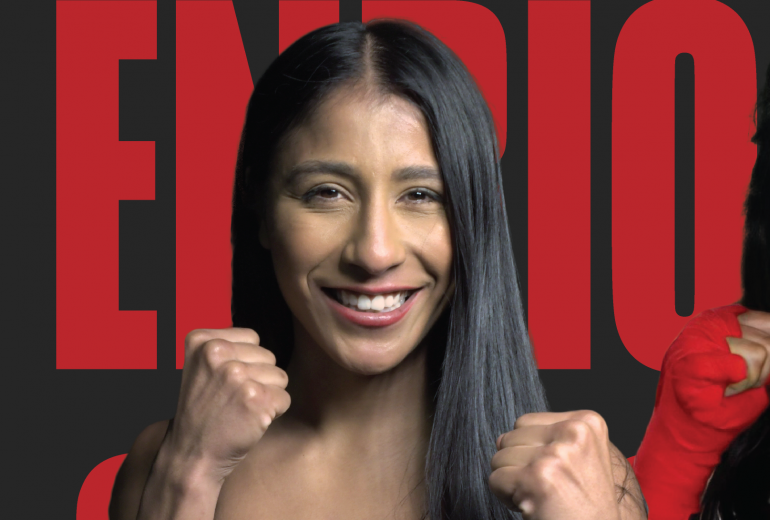 Another week of action in women’s boxing resulted in one change in The Ring´s trailblazing women’s ratings, prompted by the return of a legend.

Former junior flyweight titlist Kenia Enriquez made a comeback after a two-year hiatus, and she had an explosive performance in her native Mexico against Gabriela Sanchez. Enriquez gave Sanchez a progressive beating until she unleashed all her power in the final round to get the stoppage.

Thanks to her superb record and her solid performance, Enriquez was selected to enter the flyweight ratings at No. 3, with Ibeth Zamora and Gabriela Alaniz losing one spot while Leonela Yudica is bumped out.

“Great knockout victory by Enriquez,” said columnist Mark Jones. “Her knockout victim, the 27-year-old Gabriela Sanchez, lasted the distance against Yesica Bopp, Ibeth Zamora, and Lourdes Juarez and holds an eight-round decision victory over flyweight contender Jacky Calvo,” said the writer in justifying Enriquez’s new position, while historian Malissa Smiths said that “Enriquez fought a controlled fight with beautiful shot selection, head movement, footwork and ring generalship, setting up Sanchez beautifully for her straight right, hooks, and body work. It is good to see her active again in the flyweight division and her TKO win after throwing her hard left hook definitely made a statement to the division.”

The praise didn’t stop there, with Beautiful Brawlers’ Lupe Gutierrez-Beagle saying that “Kenia made a statement with that beautiful performance against a tough opponent and is back on the radar,” and a more skeptic Yuriko Miyata weighing in from her native Japan to opine that “I saw some ring rust in Kenia’s moves, but it was a good stoppage to raise her to the No. 3 spot.”

The doubters did have their say in this debate, of course, with Argentina’s Yesica Palmetta arguing that “it was a good triumph, but it’s just the return bout for her. I would wait a while to see how her next presentations unfold” before suggesting to keep her out of the ratings, while her Mexico-based compatriot Irene Deserti was more generous in saying that “(Enriquez) was very strong, fast and very accurate. In this case, I would place Enriquez in last place. Enriquez to No. 5, Yudica out,” she proposed, claiming that both Zamora and Alaniz have a much better track record at 112 than Enriquez, who made her career between 105 and 108.

In the lightweight division, Uruguay’s Moneo continued in her winning path, defeating Sofia Rodriguez over 10 one-sided rounds, but failed to advance in the ratings.

“Moneo is good at the local level (in Argentina and Uruguay),” argued Palmetta, “but honestly, beyond the fact that if she is a very powerful puncher, I think she is still maturing.”

Deserti agreed by saying that “Moneo’s only tool is that ferocious offense of hers. Her defense is too flawed and Rodriguez exposed her. With a little more punching power from Rodriguez, Moneo’s victory would have been in jeopardy. No change for me on this list.”