Anthony Joshua to be trained by Robert Garcia for Usyk rematch 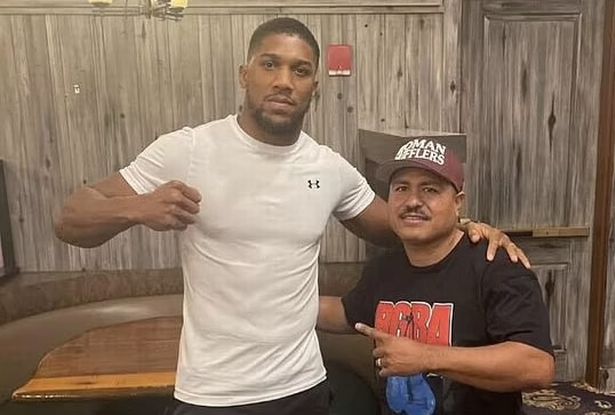 Photo from Joshua's social media networks
30
May
by Ryan Songalia

Anthony Joshua will have veteran trainer Robert Garcia in his corner when he faces Oleksandr Usyk in their July 23 rematch in Saudi Arabia.

The news was broken by ESPN’s Mike Coppinger, who reports that Joshua (24-2, 22 knockouts) has split with Robert McCracken, who has been Joshua’s head trainer since his amateur days, when he won the super heavyweight gold medal at the 2012 Olympics.

Joshua is seeking to avenge his defeat to the former undisputed cruiserweight champion from last September, when he was outworked by the smaller but more aggressive Usyk (19-0, 13 KOs), losing the WBA/IBF/WBO heavyweight titles by unanimous decision.

Joshua had visited with a number of trainers last year, including Ronnie Shields and Eddy Reynoso, before settling on the Southern California based Garcia. Garcia will train Joshua in England for this bout, ESPN reports.

Garcia, a former junior lightweight titleholder and the Boxing Writers’ Association of America Trainer of the Year for 2012, has led a number of fighters to world titles, including his brother Mikey Garcia, plus Jose Ramirez, Marcos Maidana and Brian Viloria.

The rematch’s location is a return to friendly terrain for Joshua, who avenged his other defeat, a 2019 stoppage loss to Andy Ruiz, by a unanimous decision later that year in Saudi Arabia.

Joshua is rated no. 2 by The Ring while Usyk is the no. 1 contender according to Ring ratings at heavyweight. The heavyweight championship is held by Tyson Fury, who also holds the WBC title.