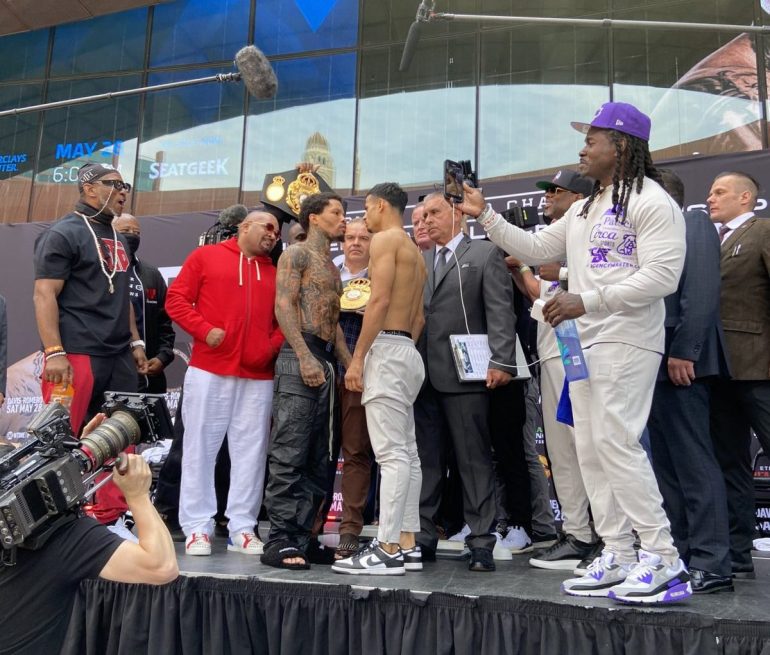 27
May
by Joseph Santoliquito

It’s a fight many have been waiting for and a fight that the fighters, Gervonta “Tank” Davis and Rolando “Rolly” Romero, have wanted themselves for some time.

Davis (26-0, 24 knockouts), The Ring’s No. 4-rated lightweight, will be defending his secondary WBA title when he meets Romero (14-0, 12 KOs) on Saturday in a Premier Boxing Champions headliner, live on SHOWTIME PPV (9 p.m. ET/6 p.m. PT) from Barclays Center in Brooklyn, New York.

Davis came in at 133¾ pounds, while Romero was at 134¼ pounds. There was almost some stupidity that took over, when Davis lightly shoved Romero, who had stepped in front of him when they were flexing. Some chaos ensued with the two camps shoving each other for a few minutes, before everything came to order and the stage was cleared.

“I just hit him off the edge of the stage, I just pushed him,” Davis said smiling.

Davis says he’s going to “massacre” Romero. Rolly says this animosity between the two, “is real, I want to beat the f—k out of him, I don’t f—king like him, I don’t like the way he f—king looks, I don’t like the way he f—king acts, he’s a really sh—y person, I think he’s a sh—t person inside and outside the ring,” Romero said. “He’s a piece of sh—t person, and honestly, this goes back to when he pushed me one time and I went to swing at him and he ran behind some security, because he’s a f—king p—y, too. He only acts hard when he’s around people, but by himself, he’s the biggest bitch in the world.

“He’ll be by himself Saturday night when I get him.”