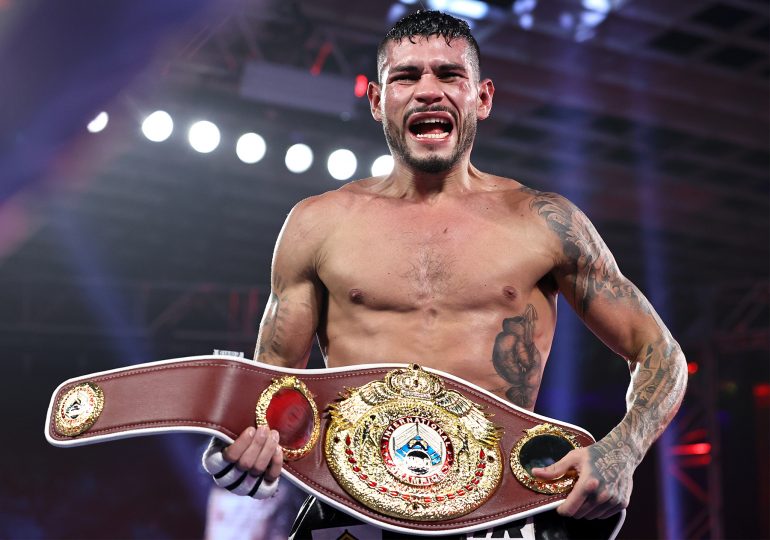 Barboza-Zorrilla, Davis-Valtierra and Torrez-Zavala will be broadcast live on ESPN, ESPN Deportes and ESPN+ at 9 p.m. ET/6 p.m. PT.

Barboza (26-0, 10 KOs), from South El Monte, California, is a nine-year pro who is closing in on a world title shot. In April 2019, he knocked out former world champion Mike Alvarado in three rounds, a resounding Los Angeles homecoming that solidified him as a top contender. Barboza has won five bouts since, securing one-sided verdicts over Ricky Sismundo, William Silva, Tony Luis, Alex Saucedo, and Antonio Moran. He comes back following an 11-month layoff, the second-longest of his career. Rated No. 6 by The Ring at 140 pounds, Barboza hopes a dominating win over his unbeaten foe will earn him that long-awaited title opportunity.

“I’ve been waiting for this for a long time. This fight will put the other fighters at 140 pounds on notice. We’re going to take full advantage of it,” Barboza said. “Zorrilla is undefeated, ranked, and coming off a great win. We’re going to make a statement on July 15. I want a world title shot soon, and I’m going to keep pushing forward and fighting whoever they put in front of me.”

Zorrilla (16-0, 12 KOs) is a native of a Toa Baja, Puerto Rico, who had more than 100 victories before turning pro with a second-round knockout in November 2016. The 28-year-old, ranked No. 10 by the WBO at 140 pounds, has diced through his opposition in the paid ranks with 11 knockouts in three rounds or less. He went 2-0 in 2021, edging past Ruslan Madiyev in March and knocking out former interim world champion Pablo Cesar Cano in two rounds in September. A renaissance man who has an associate degree in banking who cuts hair out of his home-based barbershop, Zorrilla can cut past the line of contenders with a victory over Barboza.

“I am extremely grateful for this opportunity, and I want to thank Miguel Cotto Promotions and Top Rank,” Zorrilla said. “We have been waiting for an opportunity of this magnitude. Arnold Barboza Jr. is a quality opponent, and I’ve always wanted an at-bat against a top contender. I am working very hard, and I will be at 100 percent on July 15 to continue my journey to a junior welterweight world championship.”

Davis (5-0, 4 KOs), the fighting prodigy from Norfolk, Virginia, has been on a whirlwind ride to stardom over the past year-plus. In February 2021, he turned pro on a Canelo Alvarez undercard in Miami, fought on another Canelo card at AT&T Stadium in Texas, earned his Olympic silver medal, signed a multi-year promotional contract with Top Rank, and made his Top Rank debut in December with a second-round knockout at Madison Square Garden. He fought April 30 on the Oscar Valdez-Shakur Stevenson card at MGM Grand Garden Arena, knocking out Mexican veteran Esteban Sanchez in six rounds. Valtierra (16-1, 8 KOs), from Leon, Mexico, is a four-year pro. Last August, he suffered an upset knockout loss to Alberto Ruiz Ibarra. Three months later, Valtierra got back on the winning track with a convincing 10-round decision over Argentina’s Javier Jose Clavero. 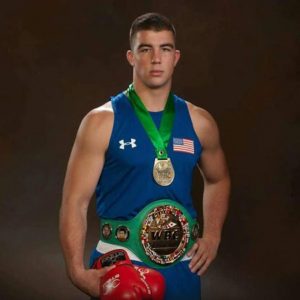 “Every time I fight, I try to give the fans something to remember, and I’m excited to make my Southern California debut. I will put on a show for everyone watching on ESPN, that much I can guarantee,” Davis said. “We know Valtierra is coming to fight, and I’ll be ready to match whatever he brings.”

Torrez (1-0, 1 KO), from Tulare, California, is a 22-year-old southpaw who became the first U.S. Olympic super heavyweight medalist since 1988. He made his pro debut on March 4 in Fresno, California, knocking out Allen Melson in the second round. Torrez sustained a cut along his right eyebrow in the first round, which delayed his second outing by a couple of months. Zavala (2-1-1, 2 KOs), from Del Rio, Texas, has never fought outside Texas. He has never been stopped in the paid ranks and is coming off a four-round draw against the 2-0 Rudy Silvas. The 34-year-old has never weighed under 255 pounds as a pro and should have a significant size advantage over Torrez, who tipped the scales at 228¼ pounds for his debut.

Torrez said, “Ever since that cut in my pro debut, I’ve been counting down the days until my next fight. I’m thankful to be fighting on ESPN and back in my home state. If you don’t know why you should watch me, you will soon.”

Undercard action, streaming live on ESPN+, includes SoCal lightweight sensation Raymond “Danger” Muratalla in an eight-rounder against an opponent to be named. Muratalla (14-0, 12 KOs), a 25-year-old from Fontana, California, has knocked out nine consecutive opponents. He last fought April 30 on the Valdez-Stevenson card in Las Vegas, knocking out the usually durable Jeremy Hill in three rounds.