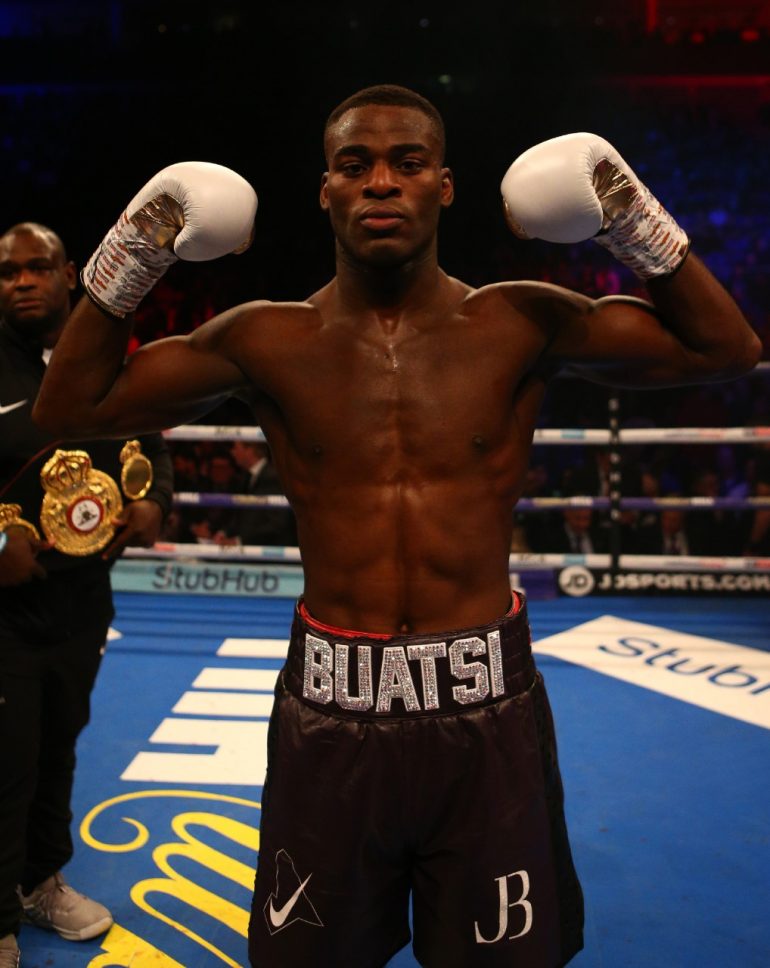 It was the fight British fight fans hoped they’d get and, by the end of it, Joshua Buatsi extended his unbeaten run to 16-0 (13) with an excellent and hard-fought decision over a gallant and determined Craig Richards.

Richards, now 17-3-1, responded, saying: “I thought I’d done enough, I thought I’d finished strong but credit to Josh. He’s a helluva fighter and he got the nod today.”

Buatsi started fast, looking for combinations, but Richards looked calm, composed and was looking to place his long right onto the former Rio Olympian’s chin.

Near the end of the first round, Buatsi thudded in some big shots to the body and head and when Richards covered, Buatsi – he thought he’d hurt “Spider” – tried to follow up.

Richards picked a nice right uppercut in the second but Buatsi was fired up and opted to walk through it and bang away at Craig’s body.

There wasn’t much in it in round three. Richards landed the more eye-catching shots and the outcome was very much in the balance.

Richards wasn’t feinting as much as the fight wore on, but Buatsi hadn’t been biting on many of them. Instead, the fourth produced high-class action, initially in close with both fighters jostling to get their shots off and then, near the end, with both stepping in to the trenches to try and get the better of one another with heavy shots from both hands.

Buatsi’s industry was winning him rounds but Richards was putting up a stubborn resistance.
Buatsi opened the sixth with his right hand a significant weapon, both looped as an overhand shot and when whipped in as an uppercut. Later in the round, Richards scored with a right uppercut-left hook, but Buatsi only paused and beckoned him in to do it again.

Richards, trained by Peter Sims, broke through in a thrilling eighth. Buatsi was forced to hold after a crunching uppercut and Richards went to apply a finish only to be wobbled by a right hand and, amidst the two-way carnage, both looked unsteady walking back to their corners at the bell.

Richards found his range with some long rights in the ninth but after Buatsi lost his mouthpiece in the 10th, Joshua let fly a volley of punches that had Richards backing up. It was a superb fight, everything those who’d looked forward to it so much had anticipated.
Virgil Hunter-trained Buatsi scored with superb variety in the 11th, notably a right uppercut and left hook, and while it seemed like he’d built a solid lead on the cards, he’d had to fight hard for every success he enjoyed, every bit of ground he took and every point he led by.

They brought the O2 Arena crowd to their feet in the 12th round. Buatsi had never gone that far, despite graduating from the Olympics six years ago, but they both crossed the finish line looking strong, vying for superiority.

It wasn’t a Fight of the Year contender but it was a brisk, high-class fight between two world-class talents in a division that is packed with danger and opportunity both domestically and worldwide.