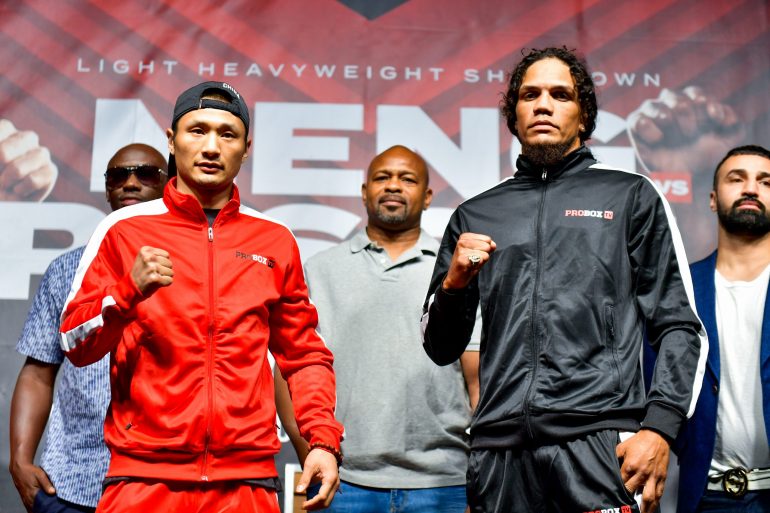 Photo by Harry Castiblanco/ProBox TV
20
May
by Francisco Salazar

Joseph Fernandez might have embodied the phrase “Last Chance” in his clash Friday night against Zhimin Wang.

Not wanting to suffer another defeat and likely become a gatekeeper, Fernandez made adjustments, rallying to defeat Wang by unanimous decision at the White Sands Event Center in Plant City, Fla.

Scores were 78-74, 78-74, and 77-75 for Fernandez, who improves to 15-4-3, 5 knockouts. With the win, Fernandez will face Kendo Castaneda in the semi-final of the ‘Last Chance’ junior welterweight tournament, which is presented by ProBoxTV.

Fernandez, who resides in Saint Petersburg, Fla., was coming off a first-round knockout loss to Gonzalo Dallera. He has won his previous seven fights.

From the opening bell, Wang was the more-effective puncher, utilizing his aggression to connect with combinations to the head and body. The southpaw Fernandez found success by countering Wang and was the effective fighter on the inside.

Fernandez carried momentum into the second half of the fight, landing uppercuts to the head of Wang, who looked tired as the bout progressed. Wang attempted to rally during the final round, but Fernandez continued to land at will. Both fighters went on the attack during the last minute, bringing fans to their feet when the final bell sounded.

Castaneda KOs Fredrickson in one

Kendo Castaneda scored a highlight-reel knockout of Sonny Fredrickson in the first round.

Castaneda, who resides in San Antonio, Texas, improves to 18-5, 9 KOs.

In a fight where both fighters had a combined nine losses entering Friday’s fight, it was shorter Castaneda who was able to land the devastating punch. A left hook to the chin dropped Fredrickson flat onto his back. Referee Michael DeJesus immediately stopped the bout at 2:02.

Booth was the aggressor from the opening bell, taking the initiative and beating Dutchover to the punch. By the fourth round, Dutchover was the more-effective fighter, utilizing angles and putting Booth on the defensive by being first on the inside.

As the bout progressed, Booth attempted to fight from a southpaw stance, but that allowed Dutchover to land straight or lead right hands to the head. Booth would connect on an occasional hook or cross, but Dutchover was busier and the more-accurate puncher.

The fight was fought on even terms during the first three rounds of the fight. Torres was able to utilize his speed while Moran was able to effectively counter by connecting the more-accurate punches to the head and body.

As the bout progressed, Moran’s punches began to take their toll. Torres’ punch output dropped with each passing round during the second half of the fight.

Torres, who is originally from Puerto Rico and now resides in New Haven, Connecticut, drops to 10-2, 6 KOs.