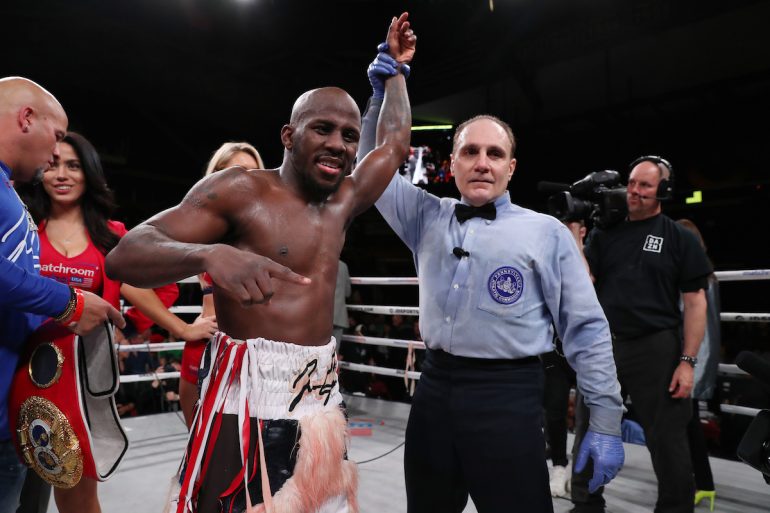 Tevin Farmer. Photo by Ed Mulholland/ Matchroom Boxing USA
17
May
by The Ring

Dubai (May 17, 2022)–Due to the unfortunate passing of President His Highness Sheikh Khalifa bin Zayed Al Nahyan of The United Arab Emirates, this Saturday’s showdown of former world champions Tevin Farmer and Mickey Bey at The Coca-Cola Arena Dubai has been postponed.

Farmer and Bey were poised to headline a great night of boxing where the former champs were primed and ready to put on championship level performances.

“On Behalf of the Organizers Bigger than Life Sports, Tevin Farmer and Mickey Bey of Bey Brothers Promotions, We want to give our condolences to all of the people of Dubai (UAE) on the passing of their great leader. I want to also acknowledge condolences to everyone working on the event. I want to thank everyone at the Coca-Cola Arena Dubai and the UAE Sports Council. We were originally supposed to have the show in Ghana, but because of changing Covid restrictions, we moved the fight to Dubai (UAE). The people of Dubai have been terrific to work with, and it is heartbreaking for the people of this country to mourn the loss of their leader. This delay will only build this great event even more, and Tevin and Mickey will continue to train as we reschedule. Like we have been saying since we announced the fight, it will be a great event,” said E.Jay Matthews of Bigger Than Life Sports.