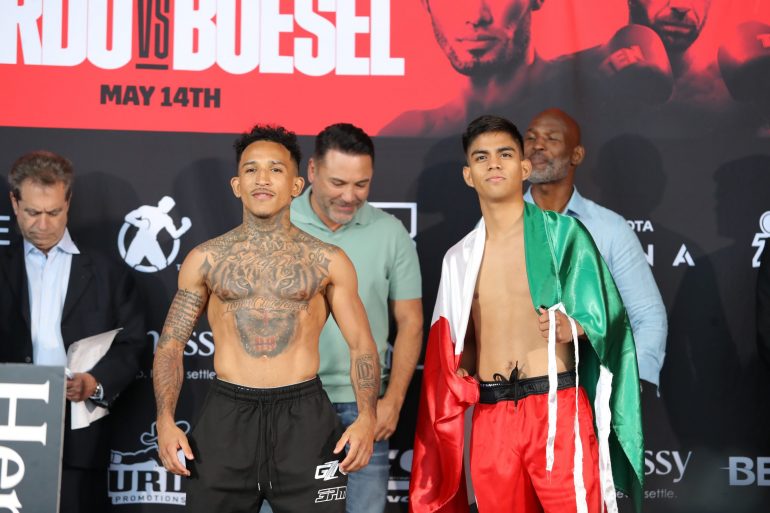 Photo by Cris Esqueda/Golden Boy
14
May
by Francisco Salazar

Ramirez scored a devastating one-punch knockout win in the opening round, sending the partisan crowd at the Toyota Center in a frenzy.

Both fighters did little during the first half of the opening round, sizing each other up from distance.

With less than a minute left in the round, as both fighters separated from a clinch, Ramirez landed a right hand. Ramirez followed up and landed another right hand to the head that dropped Salvatierra. The impact of the punch carried Salvatierra under the ropes and off the canvas, where ringside photographers broke his fall. Salvatierra was pushed back in the ring, where he attempted to beat the count, but was not able to as the referee reached the count of 10 at 2:25.

“He made a mistake and he had to pay,” said Ramirez in the post-fight interview. “He was not on my level.”