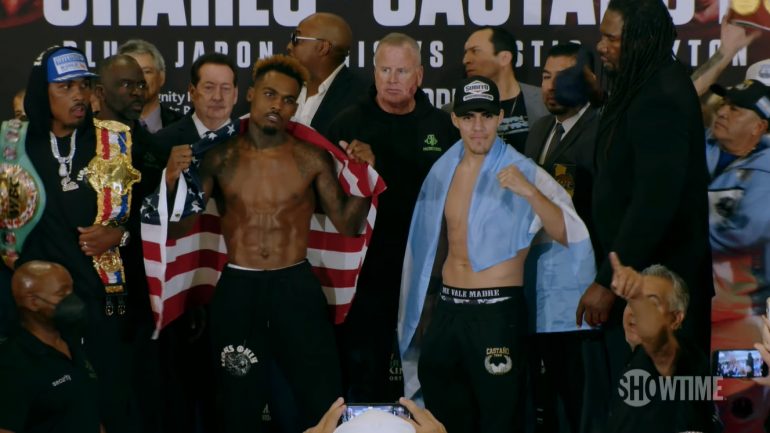 13
May
by Joseph Santoliquito

Charlo came in at 152¾ pounds for the Premier Boxing Champions event on SHOWTIME (9 p.m. ET/6 p.m. PT) from the Dignity Health Sports Park in Carson, California, on Saturday night.

This will be Charlo’s third-straight unification fight and his ninth title fight, carrying a 6-1-1 in title fights, with five stoppages. His only loss came against Tony Harrison by unanimous decision in December 2018.