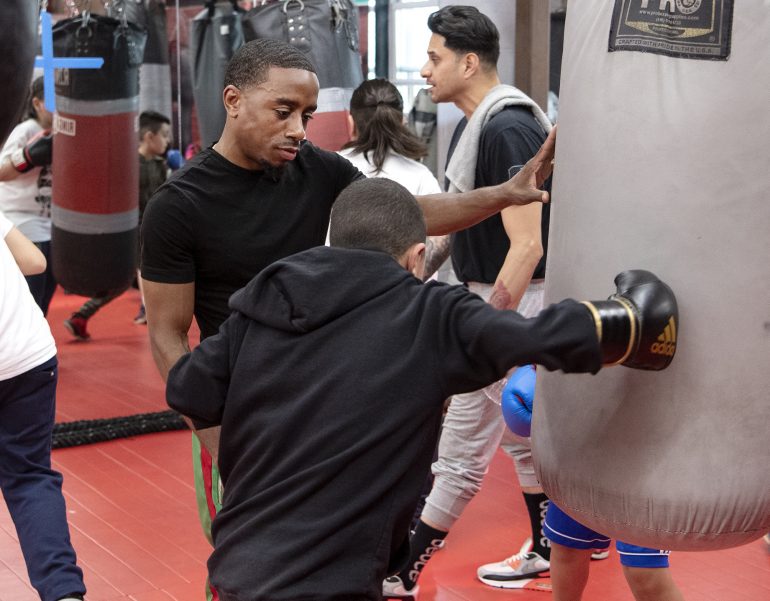 Anthony Johns guides a young upstart during a guest appearance at State of Fitness Boxing Club in North Bergen, N.J. on May 11, 2022. Photo by Hector Almodovar/State of Fitness
12
May
by Ryan Songalia

Anthony Johns has made a name for himself in the amateurs, winning five New Jersey Golden Gloves and the 2019 National Golden Gloves title at 108 pounds. Now the boxer returns home to Newark for his third pro fight, and first in his hometown, when he faces Gilberto Duran (4-5, 4 KOs) in a four-round bantamweight fight.

Johns speaks about his inspiration to fight, winning the national title for his father, and returning to Newark.