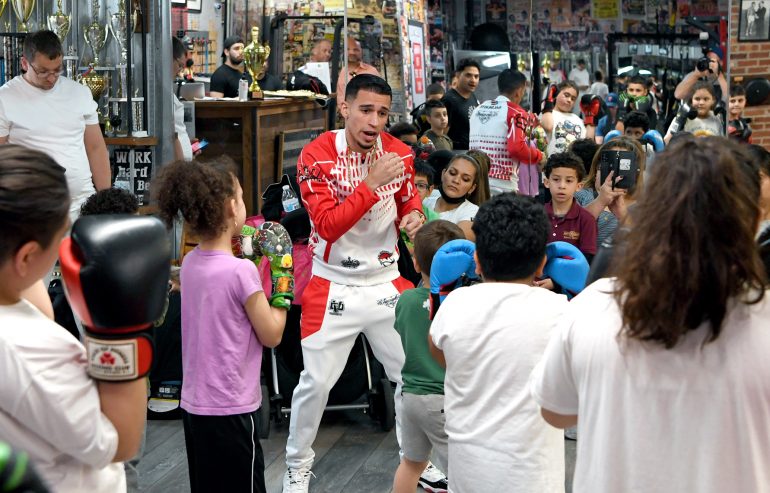 Emmanuel Rodriguez leads the kids class at State of Fitness Boxing Club on May 11, 2022. Photo by Hector Almodovar/State of Fitness
12
May
by Ryan Songalia

Bantamweight prospect Emmanuel “Salserito” Rodriguez speaks with The Ring about his upcoming fight this Saturday at the Robert Treat Hotel in Newark, N.J., which will be his second straight headlining bout in his hometown. Rodriguez (10-0, 5 knockouts) will face Juan Gabriel Medina (14-9, 12 KOs) in an eight-round bout.

He spoke to The Ring’s Ryan Songalia about how he earned his nickname, and when he expects to step up to face the top fighters at 118 pounds.