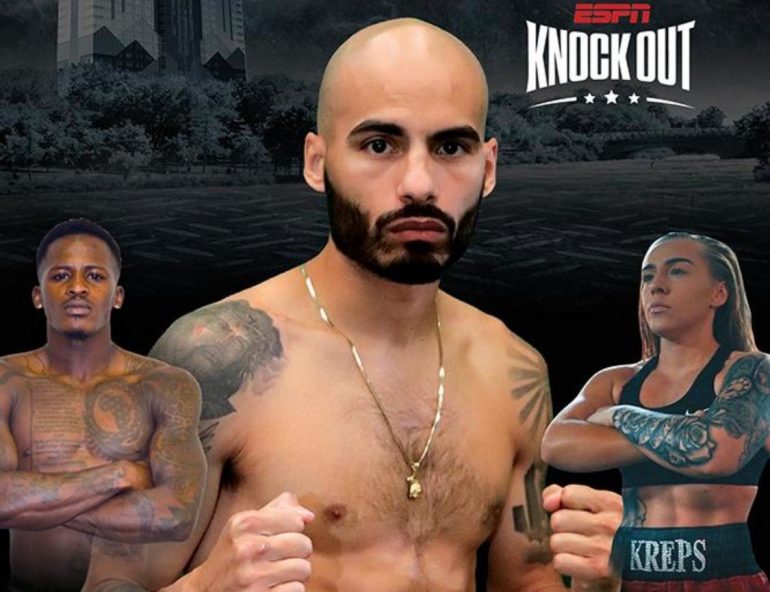 Wilfredo Flores
11
May
by Francisco Salazar

“We are happy to return our boxing series back (to) Western New York after more than a two-year hiatus due to the COVID-19 (pandemic),” said Tuto Zabala, Jr., promoter of All Star Boxing. “This will be a fantastic night of boxing with intriguing match-ups. Each fighter will have to earn their victory.”

Flores (9-0-1, 5 knockouts), who is originally from Ponce, Puerto Rico and now resides in Dunkirk, New York, fought to a majority-decision draw against Jonathan Escobedo Martinez in his last bout on October 29. The fight against Escobedo took place over three months after Gomez knocked out Jose Ceja in the second round.

Prior to the draw on October 29, the 32-year-old has stopped his previous four opponents.

Betancourt (27-4, 14 KOs), who resides in Mexicali, Mexico, also fought on October 29, losing by unanimous decision to once-beaten Miguel Marrero. The fight was the main event of a Boxeo Telemundo telecast.

The 31-year-old has lost two of his last three fights.

In a clash of unbeaten flyweight prospects, Anthony Olascuaga (3-0, 1 KO) of Los Angeles will face Gustavo Perez in a six-round bout.

Perez (8-0 1 NC, 2 KOs) fought to a no-contest against Ivan Ochoa Sanchez in his last bout on March 3. Friday will mark Perez’s first fight outside of his hometown of Tijuana.

Amateur standout Mikiah Kreps (2-0, 1 KO) will make her fight in her hometown for the first time as a pro as she squares off against Kedra Bradley (1-4) of Raleigh, North Carolina in a six-round bantamweight bout. The 25-year-old Kreps is a 2014 National Golden Gloves champion and is co-managed by Jerry Cazarez and former WBO junior lightweight titleholder.