Dmitry Bivol: ‘I felt I had more gas in the tank’ in the end vs. Canelo Alvarez 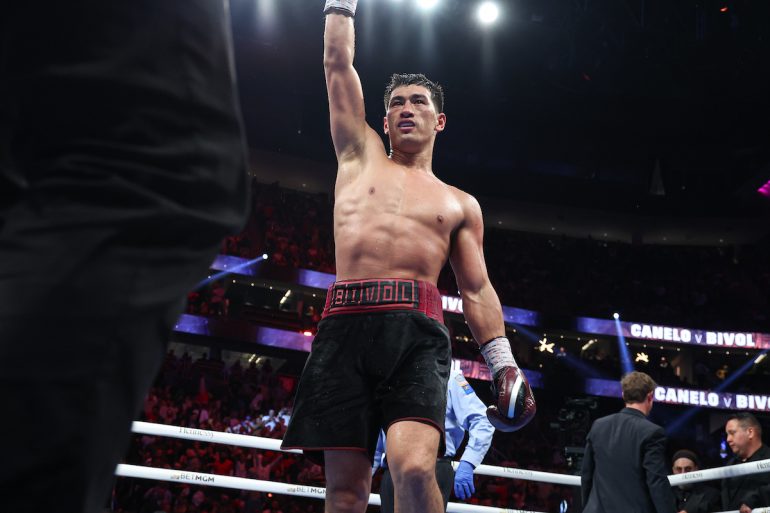 Dmitry Bivol's decision over Canelo Alvarez advanced him to No. 1 in the light heavyweight division and into the P4P rankings. Photo by Ed Mulholland/Matchroom
10
May
by Joseph Santoliquito

Two days after the biggest victory of his career, nothing much had changed for Dmitry Bivol. His bank account was surely a little fatter. His brand was a little bigger throughout not just the boxing world, but the sports world.

Though there he was, Monday afternoon, not in a limo, but a regular rental driving with his manager, Vadim Kornilov, remarkably calm for someone who did something pretty remarkable Saturday night, when he dominated Canelo Alvarez, the world’s No. 1 pound-for-pound fighter, in retaining the WBA light heavyweight title in a star-turning performance at the T-Mobile Arena in Las Vegas.

Bivol (20-0, 11 knockouts) won by unanimous scores of 115-113 from judges Tim Cheatham, Dave Moretti and Steve Weisfeld, who scored every round the same, giving Alvarez (57-2-2, 39 KOs) the first four rounds, Bivol the next four, Alvarez the ninth and Bivol the 10th, 11th and 12th. The judges had Bivol winning seven of the last eight rounds.

“I don’t feel too much change, but a lot of people are congratulating me; the big thing is I haven’t slept too much,” Bivol said, laughing, in an exclusive with The Ring. “It wasn’t easier than I expected. With the loud crowd, it’s tough to fight against a supported fighter like Canelo. I haven’t seen a replay of the fight yet. I do know now that I could have done better than how I did. After the fight, I felt I had more gas in the tank. Maybe it’s because I had to be focused for every second of the fight and keep my energy for later in the fight. 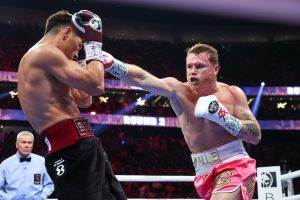 “This is one of the best performances I had. It doesn’t matter if it’s No. 1.”

When asked if he thought Canelo underestimated him, Bivol said, “Maybe he though I would be confused by his punches, but they weren’t bothering me. This fight was really important for me. I wanted to show my boxing skills to all of the boxing fans. I did it. I think the fans enjoyed the fight. I think he wants to give me a rematch, because he’s a fighter who likes challenges. Maybe not the next fight (which is supposed to be a third fight with Gennadiy Golovkin) and maybe next year. Right now, I want to rest.”

Bivol, 31, is going to be staying in the United States for another two weeks before returning to his native Russia.

Kornilov, a very underrated manager who has done wonders with his Russian fighters, had one major, pressing concern as the final bell rang: “Dmitry, aside from my personal and professional relationship with him, has hardly lost any rounds in the last four years. So, I can say objectively through the years this wasn’t even a close fight, and I knew Dmitry won. But even when I got to the ring (after the last round), I was worried Dmitry wouldn’t get the decision. I still had this feeling the (judges) would take the fight away from him. It wasn’t even a close fight, but Dmitry didn’t knock (Alvarez) down and he didn’t get to stop him.

“I was still worried he wouldn’t get the decision. The right guy won. I never had any doubts about that. What was important is that the judges did get it right. To be honest, I have no objectives what Dmitry wants moving forward. Our whole team is more than satisfied. What’s important is to get fairness and justice, and Dmitry already had sacrificed a lot. I was pleased that Dmitry got fairness and justice.”

There is a good chance, Kornilov said, that Team Bivol will be there ringside at Madison Square Garden for the Artur Beterbiev-Joe Smith Jr. WBC/IBF/WBO 175-pound title unification fight on June 18.

And what’s scary is that Bivol had more left in the tank after beating the pound-for-pound best fighter in the world.