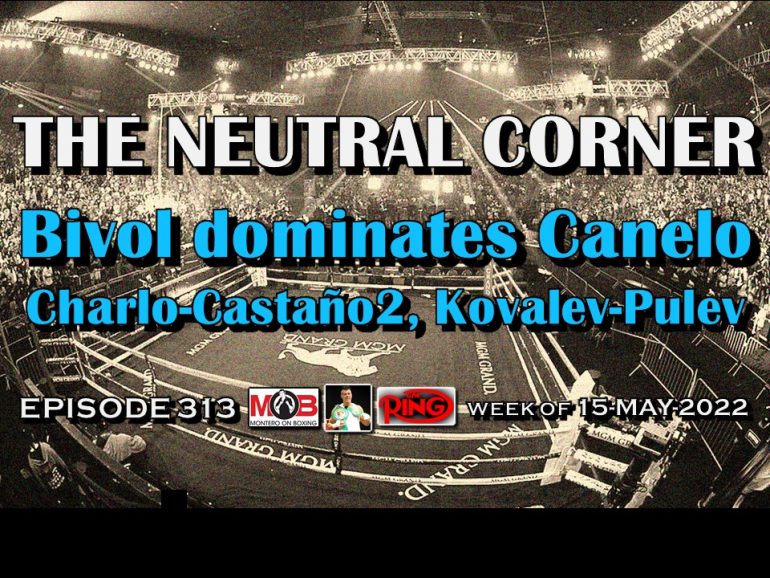 10
May
by Michael Montero

On episode 313 of The Neutral Corner boxing podcast, host Michael Montero gave a detailed review of Dmitry Bivol’s dominant victory over Canelo Alvarez in Las Vegas. Callers were eager to share their views on the upset as well.

On Saturday, May 7, Bivol defended his light heavyweight title against Alvarez at the T-Mobile Arena. The bout headlined a Matchroom Boxing card on DAZN PPV. It was the first PPV event in the United States for the sports streaming service.

Bivol controlled the action from the opening bell. There were a handful of competitive rounds, but most fans and media felt that the Russian clearly won 9 or even 10 of them. However, veteran judges Tim Cheatham, Dave Moretti and Steve Weisfeld disagreed. All three scored the fight 115-113 for Bivol. Even though “the right man won”, those questionable scorecards drew heavy criticism from ringside observers.