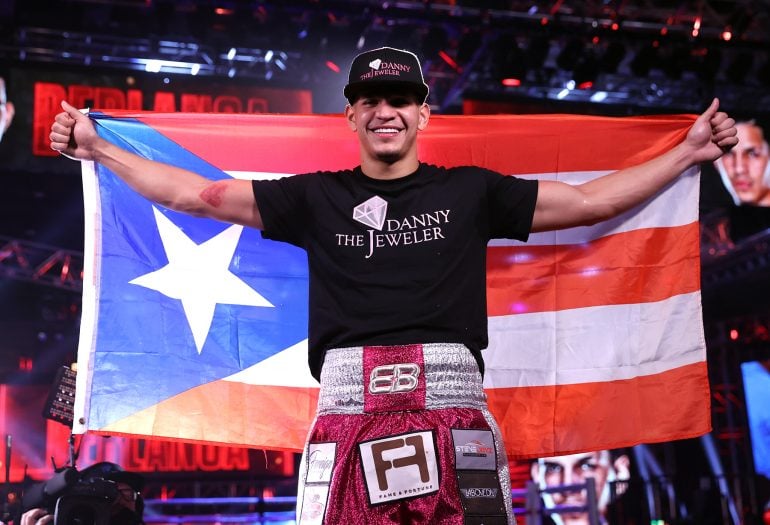 Edgar Berlanga will fight in a 10-round main event against two-time world title challenger Alexis Angulo while Xander Zayas takes a step up in class to take on Uzbekistan-born veteran Ravshan Hudaynazarov on the eve of the Puerto Rican Day Parade in New York City.

“Boxing events at Madison Square Garden on the eve of the Puerto Rican Day Parade are always special, and we have sensational young talents in Edgar Berlanga and Xander Zayas topping the bill,” said Top Rank chairman Bob Arum. “They are each stepping up in class, and I expect them to perform in a big way in front of a raucous, sold-out arena.”

Berlanga (19-0, 16 KOs), at 24 years old, is already one of the biggest ticket-sellers in New York City. In March, a sold-out crowd of 5,158 packed the Hulu Theater for his step-up fight against Steve Rolls, which he won by unanimous decision. Berlanga burst onto the scene with 16 consecutive first-round knockouts to start his career, a ferocious run that captured the imagination of fight fans. The streak ended in April 2021, although Berlanga sent Demond Nicholson to the canvas four times in eight rounds. He survived a gut check that October, overcoming a torn biceps and a trip to the canvas to defeat Marcelo Esteban Coceres. Berlanga is currently the WBO No. 7-ranked super middleweight contender and can edge closer to a world title shot with a victory over Angulo.

Berlanga said, “I’m so pumped to be headlining my second main event at the Hulu Theater at Madison Square Garden. Get ready for another sold-out crowd! This one will be special because this will be my first main event during the festivities of the Puerto Rican Day Parade weekend, just like my idols Felix ‘Tito’ Trinidad and Miguel Cotto did. I’m following in the footsteps of greatness, but also continuing the legacy of bringing my people together on a beautiful weekend.

“For this fight, we decided to do the training camp on my Island, and it has been a great decision. It has been a great training camp in Puerto Rico. At the beginning of training camp, I met with ‘Tito’ Trinidad, and he gave me some very encouraging and motivating advice. He is my hero! I’ve been working very hard and I can’t wait to fight on June 11 to show what I’m made off. I will raise the Puerto Rican flag up high and represent for all my Boricuas around the world.” 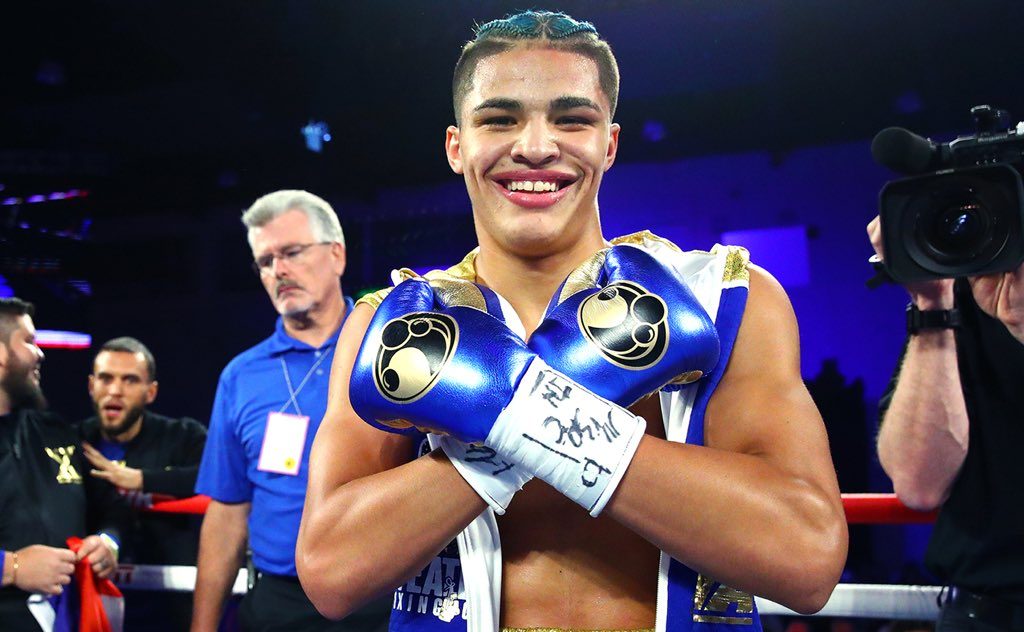 Angulo (27-2, 23 KOs), from Patia, Colombia, received his first crack at the brass ring when he challenged Gilberto “Zurdo” Ramirez for the WBO super middleweight title in June 2018. He lost a unanimous decision to Ramirez, bouncing back with a major upset over then-unbeaten prospect Anthony Sims Jr. in January 2020. Less than seven months after the Sims triumph, he fought David Benavidez for the IBF super middleweight crown, falling via 10th-round TKO. In his lone outing of 2021, Angulo knocked out Carlos Galvan in five rounds. He hopes to upset the apple cart once against Berlanga.

Angulo said, “I look forward to getting back in action at the legendary Madison Square Garden and putting on a great show for all boxing fans, the Colombian fans, Puerto Rican fans, and the Latino community that will show out and support. I have proven to be a skilled, experienced, gritty, and valiant fighter. I intend to bring the same into the ring on June 11 against Edgar Berlanga.”

Zayas (13-0, 9 KOs) has been on the fast track since signing with Top Rank at 16 years old. From first-round knockouts in his first two pro fights in 2019, to a spotless 6-0 run in 2021, Zayas has lived up to the billing. This will be his third consecutive fight under the Madison Square Garden lights, less than three months removed from a one-sided eight-round decision over Quincy “Chico” LaVallais. Hudaynazarov (19-5, 14 KOs) has only been stopped twice in a 14-year professional career and has won two of his last three bouts.

Zayas said, “For me, fighting at Madison Square Garden is always a great opportunity. It fills me with emotion because the fans always bring very positive and motivating energy. This coming June 11, I know it will not be the exception, as this will be my first fight on the weekend of the Puerto Rican Day Parade. I assure you that this will be the first of many. I want to continue bringing glory to Puerto Rico and Madison Square Garden, and I will continue to work hard to write my name in the history books as Cotto and Trinidad did.”

The undercard, which will be streamed live and exclusively on ESPN+, will feature the following Puerto Rican standouts in separate bouts:

Henry Lebron (15-0, 10 KOs), 8 rounds, junior lightweight — Lebron, from Aguadilla, stood out on the Berlanga-Rolls card with a seventh-round TKO over the usually durable Josec Ruiz. Before turning pro, he won Puerto Rican amateur national titles in 2015 and 2016.

Armani Almestica (5-0, 5 KOs), 6 rounds, lightweight — Born to Puerto Rican parents and raised in Orlando, Florida, Almestica broke through on the Berlanga-Rolls card with a third-round stoppage over Luis Valentin Portalatin. The all-action Almestica had a 117-7 amateur record and was on the Puerto Rican national team. He elected to turn pro after the Tokyo Olympics was postponed.

Orlando Gonzalez (17-1, 10 KOs), 8 rounds, featherweight — It is an evening of redemption for Gonzalez, who is coming off a 10-round decision loss to Robeisy Ramirez on the Tyson Fury-Deontay Wilder III undercard. The Aguadilla native spent much of his early career fighting in Puerto Rico and will make his Madison Square Garden debut June 11.